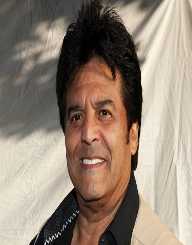 Erik Estrada was born on March 16, 1949, in New York City, New York as Henry Enrique Estrada. He is the son of Carmen Moreno, a seamstress, and Renildo Estrada. The family lived in East Harlem. As a child, Estrada wanted to become a police officer, but later on, chose a different path.

Erik Estrada first took an interest in acting in high school, where he was a part of the drama club. After high school, Estrada went to study in American Musical and Dramatic Academy. His first big break as an actor was in 1970’s movie The Cross and the Switchblade. He played the role of gang leader Nicky opposite Pat Boone-starring as a preacher seeking to convert two rival gangs to Christianity. After receiving positive reviews on his first big performance, Estrada later got a role in 1972 movie The New Centurions as a rookie officer.

After his big break, Erik Estrada starred in movies like Airport (1975), Trackdown (1976), Midway (1976). Estrada gained his world fame thanks to the new police show CHiPs when he first appeared in September 1977. Soon after Estrada became the most popular performer on the show following California Highway patrol. His partner on the show, Jon Baker (played by Larry Wilcox) was intended to be the star of the show. This lead to both having a rocky relationship behind the scenes. At the time, Estrada was one of only few Latino stars in a leading role. Just two years later, Estrada was involved in a contract dispute and was replaced on the series.

Later Erik Estrada went on to different projects. He starred and produced TV movie Honeyboy, which earned good reviews. Estrada went on to take the lead role in Spanish telenovela Dos Mujeres, Un Camino, even though he doesn’t speak Spanish. Estrada took some language classes, and the lines were fed to him over and earphone during production. Despite this, soap opera earned him a big fan base in the Spanish-speaking world.

Erik Estrada has been married three times. His first marriage was with Joyce Miller in November 1979. The marriage lasted only for one year. His second marriage was to Peggy Lynn Rowe - songwriter, entertainment executive, and producer. The marriage lasted from 1985 until 1990. During this time, the couple had two sons - Anthony Erik Estrada and Brandon Michael-Paul Estrada. Estrada married again in 1987 to film sound technician Nanette Mirkovich, with whom he had a daughter - Francesca Natalia.

Erik Estrada was named the international face of D.A.R.E.- a campaign against drugs. He also speaks out to American Heart Association, United Way. Estrada takes part in 11-99 Foundation - non-profit organization that provides benefits and scholarships to family members of California Highway Patrol members.

In 2009, Estrada started a job as a full-time deputy sheriff in Bedford County, Virginia and also was a reserve officer in Muncie, Indiana. While he was working there, Estrada was featured in reality TV series Armed and Famous. In 2016 Estrada announced, that he has been sworn in as a real-life police officer. He is now reserve officer with St. Anthony police department in Idaho.