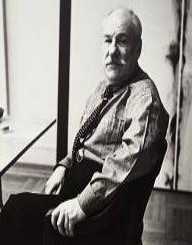 Barnett Newman was born in 1905. He grew up to be one of the famous American artists especially in abstract expressionism and painter. Much of his work was appreciated much in his life. His turning point in his career took place in 1948 after he developed the device Zip. Betty Parsons the owner of an art gallery was among those who took his career in a positive direction. Most of his work was based on Jewish Themes. He used quotes from the Bible especially the New Testament in some of his works.

Barnett Newman was born on January 29, 1905 in New York City to Jewish parents. His parents initially lived in Russian Poland before relocating to New York. Barnett Newman was the name his siblings, friends and family used to call him. He was the eldest of three younger siblings. His father died in 1947 and later his mother died in 1965. His work Anna's Light in 1968 was named in memory of his late mother.

Barnett Newman began his art career in high school. He also earned himself a degree in philosophy from City College of New York. Adolph Gottlieb, a friend he met in high school introduced him to famous artists   and gallery owners in New York.

Barnett Newman worked for his father after his graduation. This was at a clothing manufacturing business.  In 1929 the business closed down. This was as a result of stock market crash. This forced him to become an art teacher even though he failed severally in the art teacher qualification exam. In 1933 he  was a write-in candidate  for the mayor.

During the 1940s he set aside painting. He then ventured more into ornithology, Pre-Columbian art, and natural history. His keen interest in ornithology led to Aesthetics is for the artist as ornithology is for the birds. It became one of his famous quotes. In 1944 his art was mainly inspired by Surrealism.  He later worked with a gallery owner Betty Parsons and together they did several exhibitions. His first solo at the show was in 1948.

Barnett Newman’s career took a turning point in 1948. This was after he developed Zip device, best described as colors estranged by thin vertical strips of colors. In the same year Zip led to one of his paintings, the Onement I. The Zip device then became a brand through most of his work. In 1950s, some of his works include The Wild, Adam and Eve and Uriel (1954) The Stations of the Cross series marked a peak of his career. This was between 1958 and 1966 just after he recovered from a heart attack. Lema sabachthani was the sub-title of the series. It means why have you forsaken me. This is linked to a verse in the Bible in the New Testament. Those were the last words spoken by Jesus on the cross before he died. This series has served as memorial for holocaust’s victims.

However, much of Newman’s went unappreciated through most of his life. This is with the critics from a major critic Clement Greenberg and favors redirected to other characters at the time.

Who's Afraid of Red, Yellow and Blue? , and Anna's Light was among his finest and famous work. Some of his best sculptures include Broken Obelisk (1963).

Barnett Newman met Annalee Greenhouse his wife to be in 1934. She was an art teacher. They wedded 2 years later on 30th June 1936.

Barnett Newman died in July 4th, 1970 in New York City. He had a heart attack. He died at the age of 55.Barnett Newman Foundation was formed 9years later by Annalee his widow. This was in memory of Newman’s work. The foundation led to the development of catalogue raisonné  in 2004.