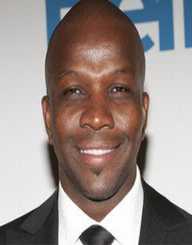 Donovan Bailey is known to be a Canadian sprinter who has won an Olympic Gold. He is the first Canadian to achieve the sub-10 seconds time in 100 m sprint. He is also known to have set a new World record of 9.84 s + 0.7 m/s wind in 100 m. During the 1996 Olympic Games, Atlanta. He is so much reputed by all for his remarkable speed after finishing with a 27. 07 mph in a run in the 1996 Olympic Games. Donovan Bailey also went ahead in setting a world record in an indoor dash at Reno, Nevada in 1996 also. Overall, he has two gold medals in Olympic games, one in 100 m and another in 4 X 100m race in 1995, 1996 and 1997 respectively. Apart from this, he had participated in Commonwealth Games, 1994 where he won gold and two silver medals respectively.

Donovan Bailey went ahead in participating at the Pan America Games, 1991 and 1999 where he had two silver medals respectively in 4 X 100m. Currently, he is the second sprinter who is a world record holder, Olympic champion and the World Champion in 100m dash. He has also been inducted in Ontario Sports Hall of Fame as well as Canada’s Sports Hall of Fame.

It seems all Jamaicans are natural runners like Kenyans of Africa. Donovan Bailey was born in Manchester, Jamaica on 16, December 1967 to George Bailey and Daisy Bailey. He is known to have always taken care of his family’s animals before going to school. In 1981, he migrated to Canada to live with his father in Oakville, which is a suburban of Southern Ontario. Donovan Bailey later joined Queen Elizabeth Park High School where he was a part of the track team at his school. While he was still in the school, he participated and held a record of 10.65s in a 100m dash which he participated with other 15. Although he is a basketball enthusiast, he is very good on the track. Upon the completion of his high school education, he went to Sheridan College, Oakville where he played for the basketball team for a season.

Donovan Bailey had his diploma in business administration and decided to venture into marketing and investment consultancy. He also ventured into importation and exportation of clothing materials. At the age of 22, he owns a house in Oakville as well as a Porsche 911 convertible car. He occasionally enters sprint races due to his love for sports and in 1991, he started taking part in 100m sprints as a part-timer. Donovan Bailey later emerged as the winner in a 60m dash in the Ontario Indoor Championship. Later on, he represented the country at the Pan American Games which was held in Havana, Cuba in a 4 X 100 m relay race.

In 1993, Donovan Bailey was inducted as a member of the Canadian team for the World Championship. He started training under Pfaff to improve his style, skills, and techniques. Donovan Bailey later won his first gold in a 4 X 100 m race at the 1994 Commonwealth Games in British Columbia, Canada. He kept improving daily and found himself as one of the top eight in the world ranking in 100 m at the end of 1994.

In 1995, he set a Canadian record of 9.91 in 100 m race winning his first major gold. Donovan Bailey also crowned his accomplishment with another gold medal in 4 X 100m relay race that year. He later broke the World record of 50m Indoor dash in Nevada, US. He later reached the peak of his career in 1996 by winning gold in both the 100m and 4 X 100m dashes in Atlanta during the Olympic game. He also set a record of 9.84s + 0.7m/ wind. He went on to capture another World Championship title in 1997 after winning the 4 X 100m.

Donovan Bailey, however, finished second in the Athens’ race. He clinched another major win in 1997 in a dash to ascertain the fastest man in the world. Donovan Bailey won the prize tag of 1.5 million dollars with 14.99s. He, however, got injured in 1998 while playing a basketball game. Upon surgery, he struggled to walk and made a successful comeback with silver in a 4 X 100m race.  However, he failed to win a notable international title after then. He retired in 2001 and established Donovan Bailey Foundation.

Donovan Bailey married his girlfriend of 12 years, Michelle Mullin in 2004 at Half Moon Hotel, Montego Bay, Jamaica. He has a daughter with her, and they both all live in his home in Oakville, Ontario.