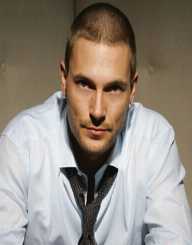 Dancer and musician Kevin Federline was born in Fresno, California on the 21 March 1978 to Mike Federline and Julie Story.

Left school with a certificate of General Development Education and was keen to break into modeling and dancing.

In 2005 he starred with his wife at the time, Britney Spears in a television reality show entitled Britney and Kevin.

Federline released two rap singles PopoZao and Lose Control. These were followed by an album, Playing With Fire (2006).

Kevin Federline has continued with his acting career, playing a border guard in American Pie Presents: Book of Love (2009) and appearing in reality television.

Kevin Federline was in a relationship with Shar Jackson, and they have a daughter Kori Federline who was born on the 31 July 2002 and a son, Kaleb born on the 20 July 2004. They parted soon after their son’s birth, and Federline got involved with Britney Spears

Britney Spears and Federline married in September 2004. They have two sons: Sean Federline both 14 September 2005 and Jayden born 12 September 2006. The relationship with Spears broke down, and she filed for divorce in November 2016. There was a custody battle between Federline and Spears with Federline eventually winning sole legal and physical custody of the children. He also was awarded $20,000 child support per month. Spears awarded given visiting rights.