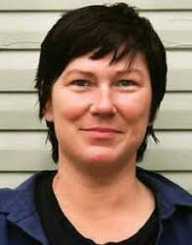 Kimberley Ann Deal is an American musician and songwriter. Born on June 10, 1961, she rose to fame as a co-vocalist and bassist of the band Pixies. Following a stint with the band, she co-founded The Breeders in 1989. Deal joined Pixies in 1986 with the stage name Mrs. John Murphy. The band released three recordings Come on Pilgrim, Surfer Rosa, and Doolittle.

However, after Doolittle, the band went into hiatus due to rising tension among some members. Therefore, Kim Deal collaborated with Britt Walford, Josephine Wiggs, and Tanya Donelly to form The Breeders.

The Breeders released albums including Pod, and Last Splash, 1993, before going into hiatus in 1994. Subsequently Deal adopted the stage name Tammy Ampersand and then formed the short-lived group The Amps. The reformation of The Breeders saw the release of albums Title TK, 2002, Mountain Battles, 2008, and All Nerve in 2018.

Kimberley Ann Deal was born on June 10, 1961, in Dayton, Ohio. Her identical twin sister is Kelley Deal. The sisters’ interest in music began at a very young age. Growing up, they listened to hard rock bands like Led Zeppelin and AC/DC. The deal received education at Wayne High School, Huber Heights, where she was a cheerleader.

After high school, she enrolled in seven different colleges including Ohio State University, at different periods. However, she did not graduate. She later enrolled at Kettering College of Medical Arts, earning an associate degree in medical technology. Therefore, she picked jobs in cellular biology, including working in a hospital and biochemical labs.

Kim Deal and her sister formed the folk-rock band The Breeders, when in their teens. She subsequently developed her songwriting skills to produce better songs. During this period, she found songwriting easier compared to singing.

The siblings created a home studio at the age of 17. In January 1986, Deal joined the Pixies as a backing vocalist and bassist. Members of the band included Black Francis, Paz Lenchantin, Joey Santiago, Kim Shattuck.

Since her main instrument was guitar at the time, Kim Deal borrowed her twin sister’s bass guitar. On her suggestion, the band hired drummer David Lovering. Deal adopted the alias "Mrs. John Murphy" for the release of Pixies debut recording, Come on Pilgrim in 1987. She was at the time married to John Murphy and adopting the name was to show respect to her husband.

They followed it with Surfer Rosa, in 1988. On this album, she served as the lead vocalist for the single “Gigantic.” She co-wrote the song with Black Francis. Tension began to rise in the band especially between Deal and Black Francis. After the release of the third album Doolittle in 1988, Pixies went on hiatus. They returned later to record Bossanova, 1990 and Trompe le Monde in 1991.

After Pixies went into hiatus, Kim Deal and Throwing Muses guitarist Tanya Donnelly formed the band The Breeders. Deal decided to name it after the teen band she formed with her sister. They hired vocalist and violinist Carrie Bradley. A demo they recorded eventually earned the band a contract with the 4AD label. Subsequently, the band released the debut album Pod, in 1990 recorded in Edinburgh.

Deal wrote most of the songs on the album. Deal’s sister Kelley joined The Breeders as the lead guitarist. The band’s second album, Last Splash, 1993, was critically acclaimed and successful commercially. It gained a platinum status a year later.

The Breeders went into hiatus following Kelly’s entry into rehab for heroin addiction in 1994. A comeback of the band in 2002 saw the release of the album Title TK.

Kim Deal formed The Amps and adopted the name Tammy Ampersand. The band released the commercially flopped LP Pacer in 1995. That notwithstanding, it was received well.

Pixies came back in 2004. Deal joined the band’s tours in North America, THE UK, and performance at the Coachella Festival. In 2008, she joined The Breeders for the release of studio album Mountain Battles.

The following year, they released the EP Fate to Fatal. Kim Deal officially left the Pixies in 2013. On October 3, 2017, Deal and member of The Breeders including Kelley Deal, Jim Macpherson, and Josephine Wiggs, released the single Wait in the Car. On March 2, 2018, they released the studio album, Nerve.