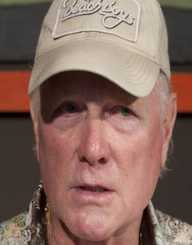 Singer and songwriter, Michael Edward Love was born on March 15, 1941, in Los Angeles, California. His father was the son of Love Sheet Metal Company, and his mother’s family have been residents of LA since the 1920s. Love attended Dorsey High School and graduated in 1959. He was not sure about his future career and briefly joined his father’s company. In the late 1950s, the company had majorly declined in its wealth. The family was very close and often socialized with Love’s mother’s brother Murry Wilson, a part-time songwriter, and his family.

Love and Wilson’s sons became close friends. They often hung out at their place in Hawthorne. It was there, where the Beach Boys sound was set. One of Wilson’s sons, Brian had self-taught the piano, and majorly contributed to the group. When the Love Sheet Metal company suffered a financial failure, the family moved to live closer to Wilsons.

In the newfound garage band the Pendletones, Mike Love played the saxophone. He was also one of the composers of the original band’s songs. The band was later renamed Beach Boys, and all of the members contributed to sing the vocals. The group released their first hit single Surfing in 1961. The song stayed on the Billboard Hot 100 singles chart for six weeks, peaking at No.75. The following year, Beach Boys first album Surfing Safari was released.

Although all of the members contributed with singing, Love took the role of lead singer and spokesman. The group was always writing new songs and touring.

In 1988, the Beach Boys were honored to be introduced in the Rock and Roll Hall of Fame. The same year, Mike Love and John Phillips co-wrote the soundtrack for the film Cocktail, which earned a Golden Globe nomination.

During the 70s and 80s, Brian Wilson's health and mental stability was fluctuating. The group continued to tour and led the Beach Boys on the stage. During this time, the compositions were mostly solos written by Love.

1988 hit Kokomo was the only number one hit of the band. Brian Wilson did not participate in the making of it. All the members of the group, except for Wilson were nominated for Grammy Awards. The relationship between group members was becoming more and more strained.

The group continued to tour despite their worsening relationship. In 1988, Mike Love and Bruce Johnson recorded the album Symphonic Sounds with the London’s Royal Philharmonic Orchestra. Love also sang the Hungry Heart for Bruce Springsteen’s tribute album. In 2003, he announced plans for a new solo album.

In 2012, Love, Wilson and Jardine - the original Beach Boys, and also Bruce Johnson and David Marks went on a worldwide reunion tour. The tour celebrated the 50th reunion tour and promoted the new album. That’s Why God Made The Radio.

In 1992, Wilson was sued by Mike Love for defamation in his Memoir. The case was settled, awarding Love $1.5 million. Love later filed for numerous lawsuits against Wilson, most of them to establish the proper authorship of the Beach Boys songs.

When Love was introduced in the Rock and Roll Hall of Fame, he delivered a hateful speech, calling out to stars like Mick Jagger and Paul McCartney.

In 1967, he discovered transcendental meditation and traveled to India the following year to visit and learn from yogi. He is a vegetarian and practices, as well as teaches meditation.