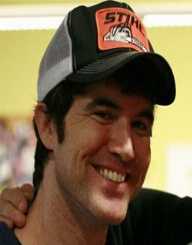 Known as “Tom from Myspace,” Tom Anderson is an American Entrepreneur and co-founder of one of the largest social networking internet websites in the world.

Born in San Diego, California on November 8, 1970, Thomas Anderson was the son of an entrepreneur. His father may have been his inspiration into entrepreneurship. Not much else is known about his upbringing.

Tom Anderson attended San Pascal High School in Escondido, California and his knowledge of computers was evident at a young age. In 1985, he was the target of an FBI raid that saw his computing equipment confiscated for hacking the Chase Manhattan Bank using the name Lord Flathead as an alias.

Although Anderson was not arrested for the daring hack as he was only 14 years of age at the time, some media outlets falsely reported that he was convicted and sentenced to probation. The claim was later retracted and corrected.

In 1998, Tom Anderson Graduated with a bachelor’s degree in English and rhetoric, which is the study of speaking and writing in proper form, from the University of California at Berkeley.

After spending some time living in Thailand, Anderson returned to school at the University of California in Los Angeles. There he achieved his master’s degree in Critical Film Studies.

While studying at Berkeley, Tom Anderson joined a band called Swank and became their lead singer. This sparked his idea of creating a social networking site where musicians could upload their music and connect through their pages.

He was well aware of a site called Friendster, which was a popular networking site at the time, but was not pleased about the site’s policies regarding alias accounts and wanted to alter the social networking landscape.

In 2000, while still attending school in Los Angeles, Tom Anderson answered a flyer advertisement for a job to make some extra money. He became a product tester and copywriter for a company called XDrive. It was there that Anderson would meet his business partner and co-founder of Myspace, Chris DeWolfe.

Shortly after, the company went bankrupt, leading Anderson and DeWolfe to join forces and create ResponseBase, a direct marketing company. The venture went well enough so that in 2002, they sold the company to eUniverse.

With the assistance of the eUniverse staff, along with Tom Anderson's music contacts, he and DeWolfe got to work on creating Myspace in 2003. By the time of their official launch in January of 2004, it only took days for them to achieve thousands of registered users. Myspace very quickly surpassed Friendster as the most popular social networking site at the time.

As Intermix succeeded eUniverse and became the new parent company of Myspace, the social network platform continued to gain popularity.

When it was time for Intermix to be acquired by Rupert Murdoch’s News Corp. in 2005, Myspace became part of the sale. The deal was worth $580 Million, and although both Anderson and DeWolfe did not want any part of the deal, they had no choice as Myspace was a subsidiary of Intermix.

Both were paid handsome bonuses on the deal to soften the blow of having to give up control of their brainchild.

Tom Anderson became president of the company soon after and he had plans for expanding Myspace even further with a satellite-radio channel. Also in the works was a wireless technology deal to allow Myspace users to access the platform from their mobile devices.

Tom Anderson and DeWolf had launched a project for a record label with Interscope records, and a film division was another branch that was focused on finding some of the creative members of the Myspace network.

In 2009, however, Anderson was released from his duties as president and replaced. By the following year, “Tom from Myspace” would no longer be the default friend for new users, as it would also be replaced by “Today on Myspace” or T.O.M.

After a whirlwind with Myspace spanning the better part of a decade, Tom Anderson joined a company called RocketFrog as a consultant on their advisory board. The company set out to build a social casino gaming platform through the use of Facebook.

For Anderson, the appeal was to use the gaming platform to offer people a chance to win real-world prizes for something they were already doing for free, casino gaming.

Tom Anderson was inspired during a festival he attended in 2011, called Burning Man. It is an annual celebration of art and self-expression in the Nevada desert. The experience led him to find a niche in photography. He has traveled the world ever since, to photograph beautiful and exciting landscapes.

Life at the moment

Tom Anderson owns a home in the town of Highland, just outside of Los Angeles in San Bernardino County. His last known residence, however, is in Hawaii.

Tom Anderson is not married and has no children. He is also not active in any new online business ventures. He can still be found, however, on many social networking sites such as Facebook and Twitter but he lives a quiet life working on his landscape photography with a current net worth of approximately $60 Million. He considers himself to be retired and living his dream.

Tom Anderson had aspirations of forming a baseball team in Las Vegas, Nevada. The venture was short-lived and did not get off the ground.

In 2009, Anderson had a cameo appearance in a film called Funny People, a dramatic comedy starring Adam Sandler and Seth Rogen.