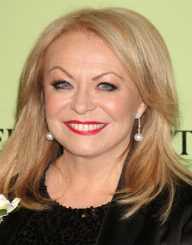 On the 25th of May 1947, a child that would go on to become an Australian Icon and star actress, Jacki Weaver recognized internationally was born. Considering the influence she has on youths worldwide in Australia most especially, it is only right to write a piece about this beautiful woman, arguably one of Australia’s most loved people.

“Jacki Weaver” was born Jacqueline Ruth Weaver in Sydney, New South Wales, Australia. Her father was a Sydney Solicitor named Arthur Weaver and her mother, Edith, happened to be a migrant from England. She (Jacqueline) later found out that her father was the result of an illicit affair between her grandmother, Grace, a lady that was birthed in a salvation army home, and her employer, William Onions.

Jacki Weaver attended the Hornsby Girls’ high school and finished as the dux (top academic student) of the school. This achievement earned her a scholarship that would enable her to study sociology at the university level. However, as she was about to go to the university, she was cast and offered a role in the Australian TV series Wandjina! She accepted to play the role thus giving up the chance to further her education to pursue an acting career instead.

After deciding to pursue an acting career rather than furthering her education, Jacki Weaver had her big break when she was cast in Wandjina! An Australian TV series in 1965. After this, Jacqueline had recurring roles in TV series such as Homicide (1967) and Riptide (1969) before winning her first award (an Australian Film Institute Award) for her portrayal of Anna in her debut film appearance – Stork.

In 1973, Weaver starred in a role in the movie Alvin Purple. The part she portrayed, and her performances brought about many stereotypical, and sex symbol insults her way. While she dealt with them well, she defended herself by saying she only agreed to appear in the movie as she needed to further her career and get more acting roles.

Later on, in 1976, Jacki Weaver then went on to win her next Australian Film Institute Award (her second) for her role in the movie Caddie. For the best parts of the 90s and the early part of the 2000s, Jacqueline had to settle for roles in Australian plays as she found it hard to get any roles in the international scene. These plays included A Streetcar Named Desire and Uncle Vanya.

After spending the next 30 years acting in Australian plays, Jacki Weaver got her big break when she got offered a role. She was to play the deadly queen of a Melbourne crime family in the Melbourne themed thriller, Animal Kingdom. The role was personally written for her by the director of the movie - David Michod. Her role and performance in this movie helped bag her third Australian Film Institute Award. She also won the National Board of Review, a Satellite Award, and Los Angeles Film Critics Association Award.

Weaver later went on to make her Hollywood debut in 2012 when she starred alongside Jason Segel and Emily Blunt in the movie The Five Year Engagement. She got nominated for an Academy Award in 2012 for her performance in the film Silver Linings Playbook in which she starred with Robert De Niro. Jacqueline Weaver later starred alongside Matthew Goode and Nicole Kidman in the 2013 film Stoker. She also went on to have roles and incredible performances in 2013 in the movies Parkland and Haunt.

Jacki Weaver portrayed Dr. Warren in the 2014 comedy horror film The Voices. She also appeared in movies such as Maya and the Bee in which she played the voice of Buzzlina Von Beena and Magic in the Moonlight in which she portrayed Grace. She later went to appear in other movies such as Last Cab to Darwin, Goldstone, Small Crimes and Life of the Party.

Jacqueline ‘Jacki’ Weaver is well known for the number of partners (both married and dated) she has had. She married David Price in the year 1966 before she divorced him after four years in the year 1970. During this period, she was also involved with John Walters in the year of 1969 before spitting with him in 1970.

After separating with John and David, Weaver then became exclusive with the director of the Sydney Theatre Company, Richard Wherett in 1971. However, the duo later broke things off in 1974.

Soon after her break up with Wherett, Jacki Weaver soon married Max Hensser in 1975, but their marriage only lasted a few years as they ended things in 1977.

After the failed marriage with Hensser, Jacki took a six years break before going into her next marriage. In 1983, she married Derryn Hinch who so happened to be a Radio and Television presenter. After a long period, she and Hinch got divorced in 1996, but that was not to be the end of their love story as they remarried in 1997 before ending things for good in the year 1998.

In the year 2003, she got married to current husband, Sean Taylor. Jacqueline also has a kid christened Dylan Walters with her partner in 1969, John Walters.

In 1966, Jacki Weaver voiced a radio advertisement in support for the Australian Labour Party. This showed the world that she is a real and devoted supporter of the party.

Over the years, in addition to her awards, Jacki Weaver has also earned various nominations for her incredible performances in her movies.