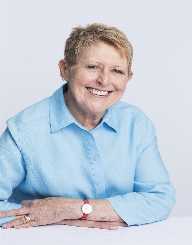 Mem Fox was born on March 5, 1946, in Melbourne, Australia. She grew up in Southern Rhodesia. Fox attended the Hope Fountain mission school at Bulawayo. When she became 18 years old, Fox went to England to study English Drama.

In 1969, Mem Fox's husband, Malcolm Fox, who was a teacher. The couple returned to Australia in 1970, and the following year they had their only child, Chloe Fox.

By 1980s, Mem Fox was working in drama, however, decided to study literacy. She then began to publish books on literacy for children, their parents, and teachers. Until 1996, Fox was the Associate Professor of Literacy Studies in the School of Education at Flinders University. After her retirement, Fox extensively traveled to speak on children’s books and literacy issues. In 2017, she traveled to the US but was interrogated by immigration officers. After that, she claimed that she would never go back to the United States.

Her book Possum Magic became an international success. Mem Fox wrote the first draft in 1978. The draft was rejected by nine publishers but was finally accepted by Omnibus Books in Adelaide. The publishing house asked her to make several changes to the book then titled Hush the Invisible Mouse. The book became the most recognized children’s picture book in Australia and sold more than 3 million copies. Her book Guess What? Is listed on the 100 most challenged books 1990 to 2000. Several agencies have challenged the book to be prevented to read by the general public. The main reason for this is the books supposed occult connection and leading the reader to develop a positive impression of a witch.

Mem Fox has been awarded several times during her literary career. She won the New South Wales Premier’s Literary Awards Ethel Turner Prize for Possum Magic in 1984. In 1993 she became the Member of the Order of Australia. She also holds the honorary doctorates at Wollongong and Flinders Universities in Australia.