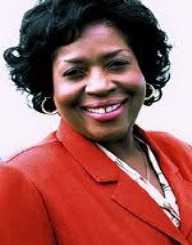 Jo Marie Payton was born on August 3rd, in 1950. She is famous for being a talented singer and a television personality. She earned her fame after featuring in Family Matters TV series from 1989 to 1997. Apart from this, Payton has starred in other notable TV roles such as Perfect Strangers.

Jo Marie Payton was born on August 3rd, in 1950. Her place of birth was in Albany, Georgia. When she was in her teenage years, Payton’s family moved to Opa-Locka in Florida.

Payton’s big break came in 1987 after she landed on a recurring role in Perfect Strangers. She played the role of Harriette Winslow on the show until 1989. Following the unique appeal that she created among her audiences, another show called Family Matters emerged as a spin-off of Perfect Strangers. She continued playing the role of Harriette Winslow in the sitcom until 1997.

Other roles that Payton featured in include: The Parkers, Girlfriends, Reba, The Glades, Desperate Housewives, and Mann & Wife.

Jo Marie Payton has also tried her luck in the music industry. In 1999, for example, she released a jazz album called Southern Shadows. Her married life has not been as smooth as she has wedded three times and that all marriages ended in divorce.

She wedded Marc France in 1980 and divorced him in 1987. They had a daughter together in their relationship. Her second marriage was to Rodney Noble in 1993. This marriage lasted for only five years. A few months after divorcing Noble she tied the knot with Landrus Clark. The two however divorced in 2004. Jo Marie Payton got married for the fourth time to Leonard Downs in 2007.