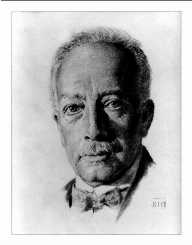 Richard Strauss was born on 11th June 1864, to Franz and Josephine Strauss. He was born in Munich, which at the time was in the Kingdom of Bavaria. Richard Strauss's father, a musician himself, educated his son in the subject of music. Richard Strauss had composed his first piece of music at age six. As a boy, he used to attend rehearsals of the Munich Court Orchestra, which was where his father played. One of the assistant conductors gave him private lessons in musical theory and orchestration. In 1872, he started learning the violin.

Richard Strauss gave the first performance of his Violin Concerto in D minor in 1882. He started to study in the same year at the Ludwig Maximilians University of Munich. He studied philosophy and the history of art. In 1883 he moved to Berlin. He studied for a short period, but he soon left his study to take up a position as an assistant conductor with Hans von Bulow. Von Bulow took Strauss under his wing, and taught the young Strauss how to conduct, and decided that Strauss would be his successor when he retired.

Up until 1890, the early works of Richard Strauss were mostly solo instrumental, or chamber works. After this time, he concentrated on large orchestral works, as well as operas. He came into his own style after 1885. He met Alexander Ritter, a composer, and violinist, in 1885. Ritter encouraged Strauss to compose a style of music called “tone poems.”The influence of Ritter enabled Strauss to begin his “mature phase” of composing. His first piece was a tone poem called Don Juan in 1888.

His next opera, released in 1905, was called Salome. This time, Strauss found huge success. The audiences loved it, with more than 38 curtain calls taking place after the opening performance. The next opera released by Richard Strauss was in 1909. He worked with Hugo von Hofmannsthal on the opera, and it was to be the first work of several that the pair worked on together. Richard Strauss continued to regularly produce operas until 1942.

Richard Strauss was 68 when Hitler and his Nazi Party came to power in 1933. He didn’t join the Nazi party, and he didn’t use the forms of greeting used by the Nazis. Richard Strauss’s reasons for cooperating with the Nazis were twofold. He wanted to protect his Jewish grandchildren and daughter-in-law, and he wanted to protect the music of composers like Gustav Mahler and others that had been banned.

Richard Strauss ignored the ban on certain composers’ works, and he also wrote an opera with one of his Jewish friends. Hitler and Goebbels didn’t attend the opera, and after just three nights it was banned. Richard Strauss wrote a scathing letter about the Nazis to his friend, and the letter was intercepted by the Nazi regime. Richard Strauss was sacked from his position. His daughter-in-law was placed under house arrest in 1938, but Richard Strauss secured her safety through his connections in Berlin. Many others died, but Strauss was able to secure the safety of his family.

In 1942, Richard Strauss and his family moved to Vienna where it was safe. In 1945, although American soldiers took him, prisoner, Richard Strauss spoke to the Lieutenant who was a musician and knew who he was, and after that, he was protected.

Richard Strauss returned to composing in 1942 and continued until he died. Some of his most famous and poignant works were written during this period.

Richard Strauss composed hundreds of pieces of music during his life, along with many operas. His legacy will always remain.

Richard Strauss received many honors during his life, some of which include:

1907:   National Order of the Legion of Honor –Paris, France

In 1894, Richard Strauss married Pauline De Ahna. She was a soprano and well-known for being eccentric and outspoken which was not common for women of her time. The marriage seemed to be happy one, and the couple had a son called Franz.

Richard Strauss has had an integral influence on music throughout the years.

His works composed late in life are considered by many to be the best-ever written by a composer in their 80s.

Richard Strauss has had a great influence on other composers, and his music has remained popular with audiences. Between 2002 and 2010, Richard Strauss was almost always in the top 10 of composers with their work most performed by symphony orchestras in Canada and the United States.