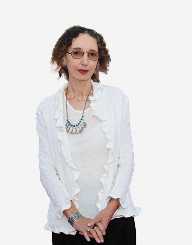 American writer Joyce Carol Oates was born on June 16, 1938, in Lockport, New York. She was the oldest of three children in the family of Frederic James Oates and Carolina Bush. Her mother was a homemaker, and her father a tool and die, designer. She grew up in Millersport, New York and has characterized her family as happy and unextraordinary.

Oates attended one-room school like her mother. Early in her life, Oates developed an interest in reading, citing Alice’s Adventures in Wonderland the greatest treasure of her childhood. She began writing at 14 when her grandmother gave her a typewriter. She later transferred to bigger schools and graduated from Williamsville South High School in 1956. There she worked at the high school newspaper.

After high school, Joyce Carol Oates had earned a scholarship to attend Syracuse University. She wrote several novels at the time to practice. When she was 19 years old, Oates won the college short story contest. She graduated from Syracuse University as valedictorian in 1960. She later received Master of Arts degree from the University of Wisconsin-Madison. After earning her Ph.D. from Rice University, Oates decided to become a full-time writer.

In 1963, Oates first book, a short-story collection By the North Gate was published by Vanguard Press. The following year, her first novel With Shuddering Fall was published. In the following years, Oates published several more short stories and novels. Her 1969 novel Them won the National Book Award for Fiction. The story of the novel is set in Detroit during the 1930s to 1960s, and it tells about black ghetto neighborhoods. Some of the characters in the book were based on real people.

It has been rumored for over 25 years that Oates is the favorite to win the Nobel Prize in Literature.

In 1975, Oates turned to other work by founding the literary magazine The Ontario Review together with her husband Raymond J. Smith. Smith served as the editor, while Oates was the associate editor. The mission of the magazine was to bridge literary and artistic culture of the United States and Canada. The couple also founded the Ontario Review Books- an independent publishing house.

Until 1962 Oates worked as a teacher in Beaumont, Texas. She then moved to Detroit and began teaching at the University of Detroit. Many of Oates book characters are based on the people she met and heard about during her time there. In 1968, Oates and her husband were influenced by the Vietnam war and Detroit race riots and moved to Ontario, where she started working at the University of Windsor. In 1978, Oates started teaching at the Princeton University and retired in 2014.

Joyce Carol Oates has been known as a very productive writer. She writes in longhand and works every day from 8 AM to 1 PM and then later in the day for three more hours. She has a very long list of books written in her career, and Oats has stated that she had thrown out her most early work. There have been several lists publicized to introduce readers to her books and where to start reading.

Oates has also written several novels under her pen names Rosamond Smith and Lauren Kelly. Her 1996 book We Were the Mulvaneys became the best-seller in Oprah’s Book Club in 2001.