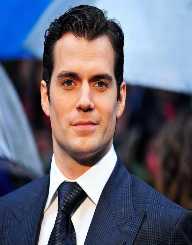 Henry William Dalgliesh Cavill is a British actor born on May 5, 1983. He is best known for his role as a superhero in the film Superman. Cavill made an acting debut in 2001 in Laguna and in 2002 played the role of Albert Mondego in The Count of Monte Cristo. He followed it with I Capture the Castle in 2003 and several other roles followed.

Henry Cavill has starred in a variety of production being film and television. In 2002 he featured in BBC’s The Inspector Lynley Mysteries playing Chas Quilter in the episode Well-Schooled in Murder.

Henry Cavill has also featured in television productions like Goodbye, Mr. Chips, ITV’s Midsomer Murder, 2003 and The Tudors in 2007 to 2010. He has since played roles in Hollywood films like Tristan & Isolde, 2006, Blood Creek, 2009 and Immortals in 2011. He has since won an MTV Movie Award and Golden Raspberry Award.

Henry Cavill was born on May 5, 1983, in the Channel Islands to Marianne Dalgliesh and Colin Cavill. He was fourth child of five to his parents. Cavill’s mother was a bank secretary and his father a stockbroker. He started his early education at the St Michael’s Preparatory School in Saint Saviour, Jersey. He later went to the Stowe Stowe School in Stowe Buckinghamshire, England.

Henry Cavill had an interest in acting in his early days playing roles in school plays like Shakespeare’s A Midsummer Night’s Dream and in Grease as Sonny. This interest would later grow and gain prominent roles in several films and television.

Henry Cavill made an acting debut at age 18 playing the role of Thomas Aprea in Laguna, 2011. In 2002, he had a role in the film The Count of Monte Cristo as Albert Mondego. Making his film debuts, Cavill also made a television debut in BBC’s The Inspector Lynley Mysteries in 2002and followed it with the television film Goodbye, Mr Chips same year. In 2003, he played a role in the television series Midsomer Murders.

He has since played several other roles in films including a supporting role in I Capture the Castle in 2003 and in Hellraiser: Hellworld in 2005. Henry Cavill continued to gain several roles as his prominence in the film industry grew. In 2006, he played a role in Red Riding Hood, Tristan & Isolde in 2006 and a minor role in Stardust 2007. Henry Cavill gained much prominence when he played a leading role of Charles Brandon, 1st Duke of Suffolk in the television series The Tudors. The Tudors was very popular and gained nominations for the Golden Globe in 2007 and Emmy Award in 2008. The prominence was further shot higher when he played the superhero Superman in MG’s Superman: Flyby in 2004.

In 2008, Henry Cavill starred in Blood Creek, played a minor role in the comedy film Whatever Works in 2009, gained a lead role as Theseus in the mythological film Immortals in 2011 and The Cold Light of Day in 2012 alongside Bruce Willis. He had in 2011 starred in Zack Snyder’s Man of Steel as Kent/Superman. The role was hailed by connoisseurs in the entertainment industry and Cavill saw it as a privilege. He reprised the role of Superman in Batman v Superman: Dawn of Justice in 2016 and would once again in Justice League film. He has also starred in films like Nomis, andThe Man from U.N.C.L.E

Henry Cavill got engaged to Ellen Whitaker, an English showjumper but the two broke up in 2012. He has done some charity works serving as a spokesperson for the Durrell Wildlife Conservative Trust and also served as an Ambassador Royal Marines Charity. He took part in an Ice Bucket Challenge in August 2014 to support the ALS Association. He was appointed that face of British fragrance Dunhill in 2008. His favourite sport is rugby.

Henry Cavill won an MTV Movie Award for Best Hero in 2014 and Golden Raspberry Award for Worst Actor and Best Screen Combo in 2016. In 2012, he was named among GQ’s best dressed British. British Glamour magazine named him the World’s Sexiest Man in December 2013 and also by the Empire magazine placed him third in The 100 Sexiest Movie Stars in 2013.