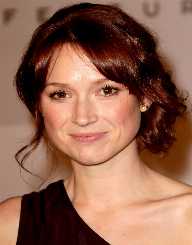 American actress and comedian Elizabeth Claire Kemper, who came into national prominence as Ellie Kemper portraying the character of the sweet yet quirky receptionist Erin Hannon on the hit NBC sitcom ‘The Office,’ was born on May 2, 1980, in Kansas City, Missouri, United States of America. She was the second of the four children of Dorothy Ann Jannarone and David Woods Kemper, chairman and chief executive officer of a Kemper-family-founded bank holding company. Born to one of the wealthiest family of Missouri, Ellie Kemper belonged to Italian, English, French and German ancestries.

At the age of 5, Ellie along with her family moved to St. Louis. She attended Conway Elementary School situated in one of the most affluent suburbs of Ladue. While pursuing her secondary education at John Burroughs School, she developed a passion for theater and improvisational comedy. She participated in a school play along with her teacher Jon Hamm, a well-known actor himself. She attended the Princeton University and received her Bachelor of Arts Degree in English from there in 2002.

Ellie Kemper was actively involved in comedy theater groups like Quipfire! and the Triangle Club while studying at the University. She continued her study of English further and went to England for that purpose. She attended the Worcester College under the University of Oxford to complete her advanced studies in English. She then moved to New York City to further sharpen and enrich her acting and writing skills.

Ellie Kemper showed signs of her inclination towards comic acting while studying at Princeton University. She was associated with the oldest improvisational comedy group of the University ‘Quipfire!’ and performed for the group. She also performed for the Princeton Triangle Club, a touring musical comedy theater troupe. After moving to New York City, she performed for the People’s Improv. Theater and became a performing member of the city troupe of Upright Citizens Brigade.

Ellie Kemper performed many one-woman shows for the improvisational comedy and sketch comedy theater Group including ‘Dumb Girl’ and ‘Feeling Sad/Mad with Ellie Kemper.’ She also wrote the script of such shows. She wrote contributory articles for the national satirical newspaper ‘The Onion’ and also contributed regularly for The Huffington Post. Until 2009, Ellie was chiefly engaged with the Upright Citizens Brigade performing mainly in the one-woman shows besides doing comedic acting with other organizations as well as on some favorite websites.

After having auditioned for a role in NBC comedy series ‘Parks and Recreation’ in 2009, Ellie Kemper was again asked to appear for an audition for the supporting role of Erin Hannon in the NBC sitcom ‘The Office.’ Michael Schur and Greg Daniels created both the series. She was selected for the role of the receptionist-secretary replacing Pam Beesly, who left the job briefly after the end of the fifth season of the show. The original sarcastic and dry character of the receptionist was changed to be more optimistic and perky, to suit the personality of Ellie Kemper.

She started appearing in the show from April 2009. Initially, her character was to last for only four episodes. However, as the producers were very much impressed with her performance, Ellie Kemper was continued as a regular throughout the sixth season. She was praised effusively for her performance by the general audience and the critics alike. She remained associated with the show until its conclusion in 2013.

Although Ellie Kemper had already played some cameo roles in a few movies, her first significant breakthrough came when she played the lead role in the 2011 American Comedy Film ‘Bridesmaids’, a directorial venture of Paul Feig. The film was a success and was nominated for a Golden Globe Award for being the Best Motion Picture - Musical or Comedy along with a host of other accolades. She was also cast in the 2012 Police Comedy ‘21 Jump Street’.

Ellie Kemper has some more significant roles to her credit. She was cast in a supporting role in the 2014 American satirical romantic comedy ‘They Came Together.’ The film was premiered at the 2014 Sundance Film festival and received many positive reviews. Her role as a 29-year-old lady named Kimmy Schmidt in the popular American Comedy Series ‘Unbreakable Kimmy Schmidt’ was lauded and earned her rave reviews. The show received eleven Primetime Emmy Awards and Ellie herself was nominated for the ‘Screen Actors Guild Award’ and ‘Primetime Emmy Award for Outstanding Lead Actress in a Comedy Series.’ In 2015, she co-hosted the NBC’s morning news program, ‘The Today’ on a temporary basis.

Ellie Kemper has received many awards and nominations in her still young career so far. She was awarded the Golden Nymph Award in 2010 for her outstanding performance in the comedy series ‘The Office.’ She also received several other nominations for the highly popular sitcom.

She received several nominations along with four awards for her title role in the 2011 film Bridesmaids. She won the following awards:

Ellie Kemper won the Webby Award for Best Actress in 2015 for her performance in ‘Unbreakable Kimmy Schmidt’ along with four other nominations.

Ellie Kemper declared her engagement with boyfriend and former Conan writer Michael Koman on Conan O'Brien's show on 12 July 2011. They eventually got married on July 7, 2012. They have a son together named James Miller Koman, who was born in July 2016.