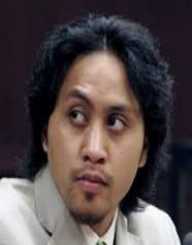 Vili Fualaau was born on June 26, 1983. He is a Samoan American DJ. He became famous when he was involved in an illicit sexual relationship with his sixth-grade teacher Mary Kay Letourneau.

At the time the relationship started Mary was a married woman. Mary was thirty-four years old when she pleaded guilty to two counts of second-degree child rape. She was jailed for six months and banned from contacting Vili for life. She was released after she spent three months in prison. After she was released, she continued her relationship with Vili and later served several years in jail.

The no contact for life ruling was revoked upon the request of Vili Fualaau Vili, and Mary later got married, and together they have two daughters. In 2015, they celebrated ten years together. Vili is currently thirty-five years old.

Vili Fualaau was born on June 26, 1983, in the United States of America. He was born to Soona Fualaau and Luaiva. In 1991, he joined Shorewood Elementary School in Washington. He became a student under his teacher Mary Kay Letourneau.

He met his teacher for the first time while he was in second grade. When he was twelve years old, he became a student to Mary in sixth grade. Mary at that time was married with four children. Mary started helping Vili personally in developing his artistic skills. Vili later started spending more time with Mary at her house. He developed a friendship with Mary’s older son Steve.

In 1996, Vili Fualaau turned thirteen, and by July the same year, he and Mary have begun a sexual relationship. They were once caught by the police engaging in sexual activities in a car. They were arrested but released after they proved that they were innocent of the charges. Vili loved the sexual relationship that he was sharing with his teacher.

She delivered her second child while she was serving her sentence for second-degree child rape. On March 4, 1997, Mary was charged with second-degree child rape and sentenced to six months in prison, but she was released after three months on condition that she does not ever make contact with Vili. In January 1998, her name was entered into the sex offender registry. I, February the same year, she contacted Vili and was arrested for parole violation.

She was later sentenced to seven and a half years in prison. Vili Fualaau, on the other hand, was traumatized with what was happening that he dropped out of school and claimed that he no longer loved Mary. He got depressed and remained depressed for many years. Vili tried to commit suicide when he was eighteen years old.

In 1999, Mary and her husband divorced. In 2004, Mary was released from the Washington Corrections Centre for Women after she had completed her sentence.

The same year, the court accepted to revoke the no contact ruling it had made upon the request of Vili Fualaau. On May 20, 2005, Vili Fualaau married Mary at the age of twenty-one. The family currently lives in Seattle. Vili Fualaau is now a DJ and works in a home garden center. In 2015, they celebrated their 10th anniversary together.