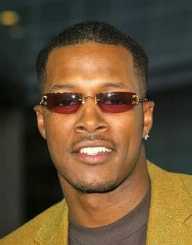 Flex Alexander was born on April 15, 1970. He is an American actor, dancer, and comedian.

Flex Alexander was born Mark Alexander Knox in April 15, 1970 in Harlem, New York City. He was born to Alethia Knox and Robert Whitehead. He got his name Flex when dancing in nightclubs in New York. He has acrobatic dancing skills. He was later discovered by DJ Spinderella. He toured with rap trio ‘Salt-n-Pepa’ dance troupe. He also choreographed for Queen Latifah and Mary J. Blige. In 1989, he made his stand-up comedy debut. In 1992, he made his acting debut with the film ‘Juice’. He also became a cast member in the comedy show ‘Uptown Comedy Club’. He was a cast member until 1994.

In 2004, Flex Alexander starred as Michael Jackson in ‘Man in the Mirror: The Michael Jackson Story.’ In 2006, he starred in ‘Snakes on a Plane’ alongside Samuel Jackson. The following year he appeared in the film ‘The Hills Have Eyes 2’. In 2007, he appeared in an episode of the series ‘CSI: Miami’. In 2013, he appeared in the film ‘My Sister’s Wedding’. In 2014, he and his wife started the reality show ‘Flex and Shanice’. The show ran until 2016. Other films that he has appeared in include ‘The Sixth Man’, ‘City of Industry’, ‘Her Minor Thing’ and ‘The Apartment’ among many other films and television shows.

In 2000, Flex Alexander married R&B Singer Shanice Wilson with whom he has two children, Imani and Alexander. He is a member of the Phi Beta Sigma fraternity. He is currently forty seven years old.