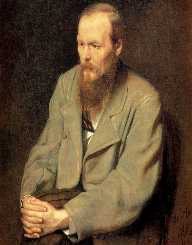 Alexander Herzen was born on April 6th, in 1812. He was a renowned Russian writer who earned the recognition for being the “father of Russian socialism.” He was also a famous political activist mainly for his contribution in the emancipation of the serfs which occurred in 1861. Most of his writing works were done at a time when he was exiled from London. Notable publications under his name include Who is to Blame? – 1845 to 1846 and My Past and Thoughts – 1852 to 1870. The latter was his autobiography.

Alexander Herzen was born Aleksandr Ivanovich Herzen on April 6th, in 1812. His place of birth was in Moscow in Russia. His parents, Ivan Alekseyevich Yakovlev and Henriette Wilhelmina Luisa Haag were not legally married at the time of his birth. Herzen’s father was a prosperous individual that mainly dealt with the land business. On the other hand, his mother was a religious woman born in Stuttgart.

Herzen was born around the period when the Napolean’s Russian invasion was around the corner. For his early education, he was taught by Russian, German and French tutors.

Alexander Herzen later went for his higher education at the University of Moscow. Around this time, he gained a more in-depth knowledge of writings of Charles Fourier and Comte de Saint-Simon. Both works of these individuals had a significant impact on his writing career. For example, he was more fascinated by Comte de Saint-Simon’s ideology that existing orders had some weaknesses. Additionally, the saint’s work rebuked the idea that man should exploit man. In 1833, Herzen graduated from the university.

After Herzen was arrested in 1834, he was later found guilty of attending one of the festivals where Mikhail Sokolovsky’s verses were sung. As a result of this, he was exiled. Then, he was commissioned to work in Vyatka.

After working in Vyatka for a few years, Alexander Herzen moved to Vladimir. Here, things were much better since he was appointed to serve as an editor to the city’s paper. In 1840, he made his official return to Russia. Immediately, he was chosen to serve in the interior ministry at Saint Petersburg.

Unfortunately, it did not take time before Alexander Herzen was sent back to exile for the second time. His brutal honesty pointed out the unfortunate death that had been caused by a police officer. Consequently, he was exiled to Novgorod. He went on to become a state councilor. This is a post that he held until 1842.

Herzen’s writing career took off in 1842. This was after publishing Dilettantism in Science in the Russian language. During this time, he was using ‘Iskander’ as his pen name. Three years later, he began working on his second work titled Letters on the Study of Nature. This was then completed in 1846. The following year, he published Who is to Blame? Other works that he published included Legend – 1836, Elena -1838, Notes of a Young Man – 1840, Thieving Magpie – 1848, The Russian People and Socialism – 1848 and Letters from France and Italy – 1852.

After his father’s death in 1846, Alexander Herzen was left with vast wealth, and therefore he fled Russia. Later on, in 1852, he made good use of his inheritance to come up with the Free Russian Press. This was the first printing press of its kind in Russian history. Its uncensored nature made it unique. Articles that were published mainly focused on the emancipation of the serfs. Through this platform, Herzen promoted socialism and individualism.

Alexander Herzen tied the knot to Natalya Zakharina, who was his cousin. Together, they had four children. Unfortunately, his wife passed away in 1852 after suffering from tuberculosis. After that, he began a romantic affair with Natalia Tuchkova, and they had three children together.

Alexander Herzen passed away on January 21st, in 1870. He also suffered from tuberculosis leading to his death at the age of 57.