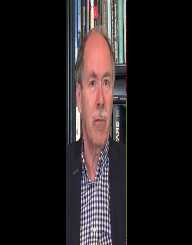 Gerard’t Hooft was born on July 5, 1946. He is a Dutch theoretical physicist. In 1999, he won the Nobel Prize in Physics jointly with his thesis advisor Martinus Veltman for their joint work on elucidating the quantum structure of electroweak interactions. He is an expert in the field of quantum physics.

Gerard ’t Hooft was born on July 5, 1946, in Den Helder. He was born into a family of scholars. He was brought up alongside two siblings, and they grew up in Hague. He attended Dalton Lyceum where he was good at mathematics and science. At the age of sixteen, he received the silver medal in the second Dutch Math Olympiad because of his excellence. In 1964, he graduated from high school. Hooft later joined Utrecht University where he studied physics. At the university, he joined the Utrechtsch Studenten Corps which was an elite students association. In the university, he met Professor Martinus Veltman who was an expert in Yang-Mills theory. In 1969, he started his doctorate work under the supervision of Veltman. In 1972, he obtained his Ph.D. with his thesis ‘The Renormalization Procedure for Yang-Mills Fields.’

After obtaining his Ph.D., he joined CERN in Geneva through a scholarship. Veltman later joined him, and they continued their work on renormalization of Yang-Mills. They formulated the electroweak theory which is an important theory on electromagnetism and the weak nuclear force. In 1969, they succeeded in renormalizing the theory into a workable theory by including mathematics in it. Hooft published two articles that supported their findings. The publications assisted them in taking forward the theory. Their research led to the Hooft-Veltman model that allowed scientists to calculate the physical properties of other particles which included the mass of the top quark. In 1974, he returned to Utrecht University as an associate professor.

In 1976, he was invited to guest positions as Morris Lob Lecturer at Harvard and Stanford. In 1978, Hooft became a full professor at the Utrecht University. He was later drawn to the physics of gravity, and so he collaborated with Deser and Jackiw to publish an article that described the dynamics of flat space where the only local degrees of freedom were propagating point defects. The article was published in 1984. He also conducted research on superstring theory. In 2011, he became 9a distinguished professor at Utrecht University. He is a member of the Royal Netherlands Academy of Arts and Sciences among other science academies.

In 198, Hooft  received the Wolf Prize in Physics alongside Victor Weisskopf and Freeman Dyson for their contributions to theoretical physics, especially in the development and application of the quantum theory of fields. In 1995, he was the recipient of the Spinozapremie. In 1999, he received the Nobel Prize in Physics jointly with Martinus Veltman for elucidating the quantum structure of electroweak interactions in physics.

In 1972, he married Albertha Schik with whom he has two daughters. He met his wife while she was still a student of medicine at Utrecht University.