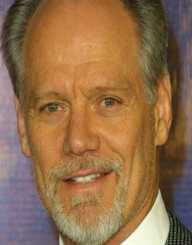 The septuagenarian actor and radio host, Fred Dryer first stepped into the glare of the public eye when he played in the National Football League. He spent over a decade playing as Defensive End, initially for the New York Giants, and subsequently for the Los Angeles Rams. It was a role he excelled in for the entirety of his career earning numerous accolades along the way. Both of the teams he played for also garnered collective accolades.

After a fantastic career, he tried his hands at sports journalism. But he always had an affinity for Hollywood. He has been in show business for many years now.

Fred Dryer was born on July 6, 1946. His parents, Charles and Genevieve Dryer, raised him in Hawthorne, California. When the time came, they enrolled him in a local High School: Lawndale High School. They both supported his interest in athletics from a very young age. Young Fred was interested in both baseball and football. Sadly, his father did not get to see him at his best as a football player. Charles Dryer passed away when Fred was a High School Senior leaving him to overcome his grief through sport. He was only able to do so with the invaluable support of his mom.

He did not get into college right away as he decided to stay behind to make some money working at a trophy shop close to home. That year he spent at home gave him enough time to decide what he wanted to do with his life. When he had clarity of thought, he realized how much he missed football as so many of his friends were off to spring practice. Fred wasted no further time and got enrolled at El Camino Junior College in nearby Torrance. The two years he spent at the college was enough for him to earn him a place in its hall of fame years later. He was Athlete of the Year in 1966.

The most memorable part of Fred Dryer's college football career was spent at San Diego State University. When his transfer came through, he immediately reported for training with the Aztecs. The team would go on to become College Division National Champions in his first season – a title they retained the following year. They set an impressive 19-1-1 record on their way to doing so. Dryer’s contributions earned him the recognition of being the best defensive end on the winning team. He was accordingly awarded the Byron H. Chase Memorial Trophy.


Drafted for The NFL

Fred Dryer's entire college experience meant that he was deserving of a place in the College Football Hall of Fame. He was duly honored for that in 1997. Dryer’s exploits made him the New York Giants’ first-round draft pick after his senior year in 1969. There, he continued in his role as a defensive end on the right. He racked up stellar personal statistics in his three seasons on the East Coast. He was the defensive end with the most quarterback sacks in each of the three seasons. He would move back to the West Coast the following season to play for the Los Angeles Rams.

When he reported to the Rams, he was promptly informed that he would be used mainly as a substitute. He still featured in every game that season. The following season he became the first choice right defensive end and started every single game. His season highlight was the game where he notched two safeties - the first time in NFL history. Dryer’s robust statistics earned him a place in the Second-team All-NFC.1974 saw his numbers improve with 15 sacks, which was equivalent to his teammate Jack Youngblood’s total. He also made 49 tackles, which he would top by the following year.

That was his best year in professional football. It was the year in which Fred Dryer scored his first NFL touchdown against the Philadelphia Eagles. Furthermore, he was both featured in the Pro-Bowl and voted All-NFC for the first time. Dryer also put in the highest number of tackles in his professional career (61) that same year. His contributions alongside Jack Youngblood made the Rams’ defensive line the best in the league. The Rams eventually made it to the Super Bowl in 1979 where they lost to the Pittsburgh Steelers. He retired from football in 1981.

Fred Dryer was not entirely inexperienced going into Hollywood. He already possessed a Screen Actors Guild Membership Card from a cameo appearance in Disney sitcom Gus in ’79. The ex-footballer would make more cameo appearances on other TV shows including Laverne and Shirley and Something So Right in 1982. The next year he got wind of a script for a brand new NBC sitcom: Cheers. The story the producers had in mind would revolve around a former professional football player. That made him a perfect fit for the job, but the producers would change the back-story to baseball.

For that reason, Ted Danson was hired instead. However, Fred Dryer would go on to enjoy a modicum of success on television working on other projects. He landed a starring role in the very next show he auditioned for – Hunter. The series premiered in 1984 and viewers were introduced to his action-ready cop character with Stephanie Kramer as his co-star. Hunter took a while to gain traction. When it did gain traction, the show’s fans kept coming back for more. Dryer spent seven years on the show and in that time he was an occasional producer and director himself.

After that, Fred Dryer started his own production company, which was responsible for some spinoffs of Hunter. He also featured in independent shows and movies. He would return to working with NBC in 2014 for the TV show: Crisis. Dryer also recently guest-starred in the Marvel television series Agents of S.H.I.E.L.D as a villain. Aside from his cameos, Fred Dryer is also a satellite radio host of The Sports Lounge with CRN Radio. The gig is a partnership between Dryer and the L.A-based company. They have been in business since 2011.

Fred Dryer views the medium as an outlet for passing on his wealth of experience in his former sport to inspire a new generation. He does so in a way only an accomplished ex-footballer and fan of the game could. To that end he has been able, together with CRN, to grow interest in the sport and others. Some eleven million households have access to his shows via cable, iTunes, and other outlets. He is a divorced father of one daughter named Caitlin and grandfather to three beautiful children.