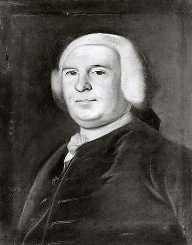 John Singleton Copley was born on July 3, 1738, in the city of Boston, Province of Massachusetts Bay, British America. His parents, Richard and Mary, were the owners of a tobacco shop. His father passed away, and his mother married Peter Pelham, an engraver.

At the age of fourteen, John Singleton Copley made a portrait of his half-brother Charles. A year later, he painted and engraved the portrait of Reverend William Welsteed, a local minister. He then worked on a self-portrait and the painting Mars, Venus and Vulcan. He soon became a professional artist and started receiving numerous commissions. In 1765, he worked on The Boy with the Squirrel, a painting depicting his half-brother Henry.

The following year, he put it on display at the Society of Arts exhibition in London. This made him quite popular among English artists like Benjamin West and Joshua Reynolds. He kept painting portraits of many influential people.

In 1774, John Singleton Copley moved to London. Soon after, he embarked on a tour of France, Italy, Germany, and the Netherlands. During his time in Rome, he painted a copy of Correggio’s St Jerome. He then returned to England and resumed his portrait work. He painted the Earl of Eglinton, Baron Heathfield, Viscount Dudley, the daughters of King George III, President John Adams, and others.

Apart from portraits, he also started working on historical paintings. He painted The Death of Major Pierson, The Death of the Earl of Chatham, The Red Cross Knight, The Arrest of Five Members of the Commons by Charles the First, and others.

In 1769, John Singleton Copley married Susanna Farnham Clarke, the daughter of wealthy merchant Richard Clarke. They had six children together, including John, Elizabeth, and Mary. In 1776, he made a portrait of his family, featuring himself, his wife, four of his children, and his father-in-law.

At the beginning of the 19th century, John Singleton Copley's career began to decline. The country’s economy got worse, and he accumulated a lot of debt. He became depressed and suffered various health problems. He died of a stroke on September 9, 1815, in his home in London. He was 77 years old. He was buried in Surrey at the Croydon Minster cemetery.

John Singleton Copley Plaza, Copley Square, and the Copley Square Hotel are located in Boston. The township of Copley is in Ohio, and there is a crater named Copley on Mercury.