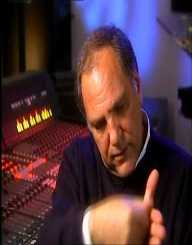 Basil Poledouris was a composer, with a focus on movies and television shows.

Basilis “Basil” Konstantine Poledouris was born on 21 August 1945, in Kansas City, Missouri. The family moved to Garden Grove, California when he was little. His father Konstantine was an amateur violinist and his mother Helen was a pianist. Basil had a younger brother John.

Basil Poledouris started piano lessons when he started formal studies, he wanted to become a pianist, but he discovered opera later on. He performed in Dixie and band when he was twelve, to earn some pocket money by playing alto sax. He also joined a folk- singing group in coffee houses. Basil Poledouris entered California State University in Long Beach with a scholarship, where he studied for a year and a half to become a piano. Basil then transferred to the University of Southern California to study in the School of Cinema.

He enrolled into USC as Miklos Rozsa was teaching score composition. There, he was switched from School of Music to School of Cinema. Basil graduated Bachelor’s degree but had a full scholarship towards a Masters Degree. Basil Poledouris studied under Larry Turman, who was a producer for The Graduate, but it made Basil realize that he preferred composing than producing a movie.

Basil Poledouris first started appearing as a background extra in Star Trek: The Original series, during that time he also composed music for educational films. In 1970, he first collaborated with John Milius to produce The Reversal of Richard Sun. After doing hundreds of educational films, his first major composing credit was Congratulations; It’s a Boy!. He was then noticed by the public for his songs in Extreme Close- Up. John Milius collaborated with Basil again in 1978, where Basil did songs for Big Wednesday.

It was the 1982’s Conan the Barbarian that propelled Basil into stardom. His soundtracks became recognized by the movie and public, where the film was also a John Milius production. Following his fame, he went on to compose soundtracks for Flesh & Blood in 1985, RoboCop in 1987, Lonesome Dove in 1989 and many more. He started his studio in Venice, California. Blowtorch Flats is a professional mixing studio, which specializes in film and media production.

His last famous work was Tradition of the Games, for the 1996 Olympics opening ceremony in Atlanta. The song was a dance tribute to the athletes and Greek goddesses of victory.

Basil Poledouris won the Emmy Award for Best Musical Score, for his composing work for 1989’s Lonesome Dove. He had also won BMI Awards for Music Awards for Free Willy, RoboCop and The Hunt for Red October.

Basil Poledouris married Barbara “Bobbie” Renee Godfrey in 1969. The couple had two daughters: Zoe and Alexis, before divorcing in 2004. After his divorce, Basil Poledouris moved to Vashon Island, in Washington state. He suffered from lung and brain cancers and was treated in Los Angeles.

Basil Poledouris was sixty- one year old when he died on 8 November 2006. He was cremated, and his ashes were scattered into the sea.