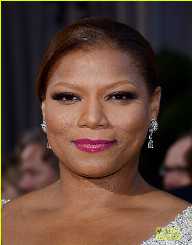 Queen Latifah was born on March 18th, 1970. Her place of birth was in Newark, New Jersey in the United States. Her first music album All Hail to the Queen was a major hit as it sold over one million copies globally. Her single hit song "U.N.I.T.Y." was one that earned her a Grammy Award for the first time in her career as a musician. Besides her music career, Latifah has gained her fame through her remarkable acting skills. Her first Oscar Award nomination was for her role in the movie Chicago-2002.

At the time of her birth on March 18th, 1970, Queen Latifah was given the name Dana Elaine Owens. She rose to become a famous actress, singer, rapper, model, record producer, TV producer, and a songwriter among many professions that she is associated with. She is the daughter of Rita and Lancelot Owens, Sr. Her mother, Rita worked as a teacher while her father Owens was a police officer. When she was only ten years of age, her parents separated thus leaving her under the care of a single parent. The stage name “Latifah” that she later adopted was one that one of her Muslim cousins nicknamed her. She was given this name when she was eight years old, and it is an Arabic name which means a delicate and a sensitive individual.

Because Latifah was brought up in the Baptist faith, she used the church as a platform for honing her singing skills when she was still young. She was a member of the choir for the Shiloh Baptist Church located in Bloomfield in New Jersey.

During the period between 1988 to 1989, this marked the beginning of a music career for Queen Latifah. During this period she was involved in beatboxing for one of the hip-hop groups called Ladies Fresh. In addition to this, she became a member of Flavor Unit. Around this time, Latifah made her first rap Princess of the Posse. Her producer at this time was James, and he was also an aspiring producer. Later on, James gave the recording to Fred Braithwaite, popularly known as Fab 5 Freddy, he was the host to Yo! MTV Raps. Latifah’s rapping talent stroke the attention of Dante Ross. He was an employee of the Tommy Boy Music. This is how Latifah landed her first signing in her rapping career. Within the same year, in 1988, she released her debut single called “Wrath of My Madness.” The track performed well as it gave Latifah the opportunity to carry out her first tour. The following year, her first album, All Hail to the Queen was out. The album was a commercial success at it sold over a million copies.

It did not take time before Latifah realized that she needed to invest the money she earned from her rapping career. At first, she opened up a video store in the basement of the apartment she resided in. During the early 90s, she turned to record production business by being the CEO of Flavor Unit Records and Management Company. The success of this business was felt in only two years. By the end of 1993, the recording company had signed with approximately 17 rap groups. Naughty by Nature was one among those that had signed up with the new company. Latifah went ahead and recorded another album Black Reign in 1993. This album was highly acclaimed with sales of up to half a million copies. One of the singles that emerged successfully from the album was "U.N.I.T.Y." It is from this single that Latifah obtained her first ever Grammy Award two years later in 1995.

Queen Latifah again shifted gears during the 90s as she tried her luck in acting. In 1991, she landed herself supporting roles in several movies such as Jungle Fever, House Party 2 and 1992, Juice. In the TV industry, she also became famous for the role she played in the sitcom Living Single-1993. She reprised her role as Khadijah James in the subsequent episodes from 1993 to 1998. In 1999, she went ahead to act in her show called The Queen Latifah Show. The show was aired for two seasons before it ended in 2001.

In 2002, Queen Latifah starred in Chicago. This was a musical criminal comedy which its storyline was based on the corrupt and scandalous lifestyle of celebrities during the Jazz era. This movie was a major boost to Latifah’s already successful career. She earned herself an Academy Award nomination for her role in the film.

Other movies that she featured in include Bringing Down the House-2003, Taxi-2004 and Beauty Shop-2005. She also lent her voice in the successful animated movie Ice Age: The Meltdown-2006.

In 1992, Latifah’s brother, Lancelot Jr passed away after being involved in a greasy accident while driving the motorcycle that Latifah had bought for him. This led to a string of unfortunate events for Latifah’s personal life as she became a drug addict. Hopefully, she recovered soon enough.