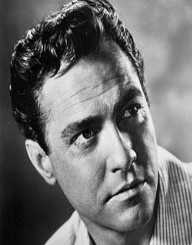 Richard Todd was born 11th June 1919, in Dublin, Ireland. His father, Andrew, was a doctor and served in the British Army as such. He lived in India for several years as a youngster, while his father was stationed there for the military.

Richard Todd’s family moved to Devon after that, and he went to Shrewsbury School. He then went to Sandhurst Military Academy where he trained for a military career. He then decided he would study to become a playwright, and moved on to Italia Conti Academy to do just that. He changed his mind again once he was at the Academy, and studied acting instead. His change of career choice led to an estrangement from his mother, as she wanted him to go into the military.

When he was 19, Richard Todd’s mother committed suicide.

Richard Todd debuted professionally on stage at the Open Air Theatre in Regent’s Park in 1936. He continued to act in theatre productions, and in 1939 co-founded his theatre, Dundee Repertory Theatre.

As World War II broke out, he enlisted in the British Army. He received a commission in 1941. In 1944, with the rank of Captain, Todd was one of the first British officers to land at Normandy as part of D-Day.

Once the war was over, Richard Todd returned to the theatre in England. A casting director for the Associated British Picture Corporation spotted him and asked him to do a screen test, which he did. In 1948, Todd signed a long-term contract with the company.

His first movie was For Them That Trespass, in 1949. He was cast in the lead. The film was only a moderate success, but it was enough to launch Todd’s career.

One of the parts Richard Todd played while performing in theatre, was the lead role of Corporal ‘Lachie’ McLachlan in The Hasty Heart. In 1949, he took the same part in the movie of the same name and received an Oscar nomination for his role.

Between 1937 and 1992, he acted in over 48 movies, including the Disney movie, The Story of Robin Hood and His Merrie Men, in which he played the part of Robin Hood.

Richard Todd also had several theatre credits between 1965 and 1991. This included the production of The Business of Murder which played at Mayfair Theatre in London and ran for eight years between 1983 and 1991.

His movie career declined during the 1960s as public sentiment moved away from the types of movies that Todd had starred in.

Towards the end of the 1960s, Richard Todd co-founded Triumph Theatre Productions. The production company was responsible for over 100 plays, including musicals and pantomimes. They performed all over England, and Richard Todd himself was in some of the productions.

He had two publications. In 1986 he had a book called, Caught in the Act, and in 1989, In Camera an Autobiography Continued.

Richard Todd was a keen supporter of war remembrance events, and regularly attended, mainly, those associated with the landing at Normandy. His last appearance at a remembrance event was in 2008.

Two movies, in particular, launched Richard Todd into worldwide popularity and made him famous. The first was The Dam Busters in 1954, in which he played the part of Wing Commander Guy Gibson.

The second movie was A Man Called Peter in 1955, and his character was Peter Marshall.

In 1993, he received an Order of the British Empire (OBE) for his contribution to drama.

Richard Todd was married twice during his lifetime. His first wife was Catherine Grant-Bogle, whom he married in 1949. They divorced in 1970, and had two children together – a son called Peter, and a daughter called Fiona.

While he was married to Grant-Bogle, in 1960, Todd had another son called Jeremy, with model Patricia Nelson.

In 1970, Richard Todd married Virginia Mailer. They were together until 1992 when they divorced. He had two sons with Mailer – Andrew, and Seamus.

In 1997, Seamus committed suicide, and in 2005, Peter also committed suicide. Richard Todd was deeply affected by the untimely deaths of his sons, likening the deaths to his experience during the war.