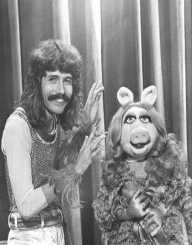 Doug Henning was born on May 3, 1947, in Winnipeg, Canada.  His parents were Shirley and Clarke Henning.

From a young age, Doug Henning loved magic and entertaining others. He loved to watch magic shows on the television, and he played with a magic kit as a child.

As a teenager, he performed at birthday parties to get extra spending money. He loved to see how happy everyone was to see his magic tricks. It was at these parties that he decided he wanted to perform magic for the rest of his life. Near the end of his high school career, he also performed on some television shows, which would pave the way for the rest of his career.

After graduating from high school, Doug Henning enrolled in McMaster University. While in school, Henning studied psychology. Much of magic involves tricking the human eye and mind, and Hemming knew he could be a better magician if he understood how the human mind worked. He even earned a grant from the government to study magic as a career.

After college, in the early 1970’s, Doug Henning started to pursue magic as a full-time career. However, at the time, magic shows were not as popular as they had been when Henning was a child. He knew that he needed to do something drastic to catch the public’s attention and to secure his career as a magician. Eventually, he found a way to give himself an edge. He played crazy music, wore colorful outfits, and did amazing tricks to make him stand out. In 1974, he even performed on Broadway in his own show. He continued to do this for four years until a new opportunity came along.

In the mid-970’s, Doug Henning began to work on the television station NBC, where he had his own magic show. He promised the station that he was as good, if not better, than the famous magician, Harry Houdini. To prove this, he promised to perform one of Houdini’s most famous--and dangerous--tricks on television. The station agreed to give him a shot, and he spent the next few months preparing to do the trick. He finally performed the trick in 1975. He completed the trick successfully, gaining many fans on the same day.

Doug Henning continued to be extremely famous from the mid-1970’s into the 1980’s. He appeared on several television shows in the 1980’s, including the Muppet Show. In the early 1980’s, he worked on Broadway, acting as the star of a show titled Merlin. In the show, he performed magical feats. After the show ended, Henning started a tour throughout the United States.

In 1987, Doug Henning unexpectedly quit his career in magic. Instead, he was focusing on meditation. He moved to India for some time, practicing this.

Doug Henning was nominated for a Tony and an Emmy award for his works of magic on stage and television. After death, Doug Henning was given a star on the Canadian Walk of Fame in 2010.

Doug Henning was first married to Barbara De Angelis. However, this married later ended in divorce. He later married Debby Douillard in 1981. This couple stayed married until Henning’s death. Doug Henning had no children.

Doug Henning was diagnosed with liver cancer in late 1999. He struggled with cancer for a few months before he died on February 7, 2000. He was 52 years old when he passed away.