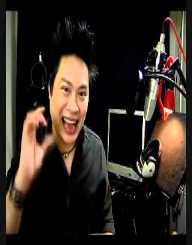 J C Sum is a prominent Singaporean illusionist designer and magician born in 1976. He is believed to be the best magician ever in Asia and also holds a world record for his performances. He has even earned the nickname "The Thinking Man's Magician." He was only twelve years old when he fell in love with magic. He began learning the different magician tricks and later began a career as a professional illusionist. He continued his studies just like any other normal kid while performing his magic during his free time. He also served in the military and later became a full-time magician before he completed his college studies. During his career, he has attained three world records, taught in schools and also authored books.

Not much is known about J C Sum’s early life except that he was born on December 5th, 1976. His place of birth is in Singapore.

He studied at Victoria school and later enrolled at Victoria Junior College. When he was 12, he took his studies in magic and began his career at the age of 16. By 1993 he was a member of the International Brotherhood of Magicians.

J C Sum started his successful career in magic when he was only 16. He was ranked number two in the close-up competition in 1994. In 1996 he took the first position at the Close-up Magic Competition, IBM Ring 115. He won the title 'Most Entertaining Magician.’ The following years he also earned awards for his performances.

He later served in the military while performing his illusions. He performed in big hotels like Shangri-la, the Hilton, and Lion City Hotel among others. When he was relieved of his military duties, he enrolled in the National University of Singapore. He wanted to sharpen his magic skills further and at the same took lessons in sociology, English, and Philosophy. However, in his final year, he quit his studies and devoted his attention to his magician career.

J C Sum performed in the President's Star Charity in 2004. This marked his first break on TV. The show gained much popularity which earned Sum a spot on the TV show "Top Fun" from 2006. He was the pioneer of the show since it was started in his honor.

He later starred in the series "Magic in Motion" in 2007. In the same year, he performed a huge illusion of Teleportation ever in Asia along with his associate "Magic Babe" Ning. He did it again in 2008 but this time even better. The teleportation illusion he performed with Ning was impossible to the eyes of those who witnessed. The two were the best magic duo associates ever. They performed many other gigs that were always amazing and entertaining.

They performed in "Asia Uncut" in  2009 and became the first magicians ever to be featured on that show. In 2009  he closed the acts at Singapore River festival show with his 15 illusions in only 5 seconds. He was then put in the record books for this amazing stunt.

The prominent illusionist was also a publisher of magic and illusion books. Some of his publications include The Event Illusionist, Illusionary Departures, Equilateral, Urban Underground and Behind the Illusions among others.