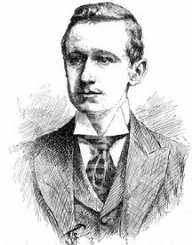 Guglielmo Marconi was a Nobel Prize winner in Physics and has a law named after him.  For someone who was not an excellent student, Guglielmo Marconi excelled in the world of science, particularly radio.

Guglielmo Marconi was born on April 25, 1874, in Bologna, Italy.  His father was a wealthy Italian gentleman while his mother came from a family of Irish Distillers.  Guglielmo Marconi was always interested in physical science and trying to figure out how things worked.

Guglielmo Marconi had his laboratory on his father's estates where he was able to conduct experiments.

The invention of the wireless telegraph allowed for faster transmission of the message.  As the years progressed, Guglielmo Marconi continued working on the long-range distance of communication.  France and England established wireless communication in 1899.  The machine also proved to be portable.  Military ships could transmit messages within 75 miles of each other.  Two American ships were able to use his machine to report America's Cup yacht race in 1899 while the race was in progress.

Guglielmo Marconi's inventions and adaptations to wireless telegraphy did not end there.  Guglielmo Marconi patented the “timed spark” system which allowed messages to be sent and received in a semi-continuous manner.

Guglielmo Marconi married Beatrice O'Brien in 1905.  Together the couple had a son and two daughters.  Their marriage ended in 1927.  That same year, he married the Countess Bezzi-Scali.  They had one daughter.

Guglielmo Marconi has been referred to as the “Father of Radio.”  While he had the patent to prove such, other men around the world had their claims to the use of wireless broadcasting or radio waves.

For example, in 1895, Russian scientist Alexander Popov presented a paper on his lightning detector that works on radio waves.  Some suggest that it was the first radio receiver.  In India at the same time, Sir Jagadish Chandra Bose demonstrated how he could use radio waves to ring a bell among other things.

Marconi enjoyed tinkering with machines in his science experiments.  When he was not working, he enjoyed hunting, cycling, and