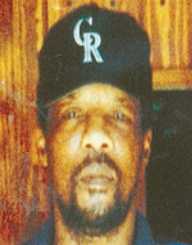 James Byrd Jr. was born on May 2nd, in 1949. He is best remembered for being an African American individual who was murdered by white individuals. His murder made headlines throughout the United States. Similarly, it led to a series of legislative changes.

James Byrd Jr. was born on May 2nd, in 1949. His place of birth was in Beaumont, Texas. He was the son of James Byrd Sr. and Stella.

Byrd’s mother was a Sunday, school teacher. His father was also in the same line of service as he served as a deacon. His religious upbringing also influenced young Byrd, and as a result, he actively participated in playing the piano and singing in church.

James Byrd Jr. attended Jasper Rowe High School where he later graduated in 1967. In spite of the encouragement he received from his parents, he did not enter college.

Shortly after completing his high school education, James Byrd Jr. tied the knot and had three children with his wife. In 1993, Byrd divorced his wife. Three years later, he migrated back to Jasper with a mission of improving his life. Consequently, he joined Alcoholics Anonymous.

Unfortunately, the three white individuals did not drive Byrd home. Instead, they drove him to an isolated place where they beat him. After that, they tied him using chains and dragged him for more than 3 miles. Moments later, his right arm and head were cut off by a culvert on the road. The three men dumped his body at the side of the road in Jasper.

Shortly after, investigations were underway, and the police found the wrench that was used to tie him up. Months later, evidence found tied back to King, Berry, and Brewer. They were convicted of first-degree murder.

Following the murder of Byrd, Rick Perry, the then Texas Governor signed the Hate Crimes Act into law. James Byrd Jr.'s murder also led to the strengthening of existing laws that touched on religion, color, sex, and race. Another act was also signed in late 2009, the Matthew Shepard and James Byrd, Jr. act.