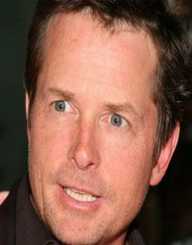 Michael J. Fox is a Canadian American award-winning actor who came to the limelight after his appearance in films Family Ties and Back to the Future. Despite being diagnosed with Parkinson's disease in the 1990s, his acting career never stopped.

Michael J. Fox was born in Alberta, Canada on 9th June 1961. His father William Fox was a police officer while his mother Phyllis doubled as an actress and a clerk.

His family was forced to move to different places because of the nature of his father's profession. Following his father's retirement, the family finally settled in Vancouver, British Columbia.

He went to Burnaby Central Secondary School. His exceptional talent was manifested during his school days. He has a theatre named after him in his former school.

Michael J. Fox's first appearance in the movie was in 1980 Mid Night Madness and two years later Class of 1984.

Many members of the crew that featured in the film Leo and Me were infected by Parkinson's disease. This unusually high number raised eyebrows leading to an investigation on the possible cause of the disease.

Michael J. Fox was deeply affected after being diagnosed with Parkinson's disease. He resorted to heavy drinking. In 1998, Fox went public about the condition and went on for help in the Parkinson's disease research. He founded a foundation that would help any possible research on the disease.

In his book Lucky Man, he explains his journey with the disease and how he was able to beat all the odds to survive the disease.

Ronald Shedlo discovered his talent after his move to the U.S. Michael J. Fox later made his debut in the movie Letters from Frank. He later appeared in the show Family Ties which aired on NBC for a couple of seasons. In the movie, he acted as a Young Republican.

In the film The Secret of My Success, he portrays a recently graduated student who faces various challenges after moving to New York City.

Other projects done by Fox include Doc Hollywood, Casualties of War, Back to the Future. For Love or Money and later Greed produced in 1994. Fox's last major role in the film was The Frightener done in 1996.

Michael J. Fox married Tracy Pollan in 1988. The two became lovers after featuring in a movie as girlfriend and boyfriend. The two have four children together.

Michael J. Fox was inducted into the Canada Hall of fame in 2000. Two years later Fox received The Holly Walk of Fame.

In 2013, Fox received the Golden Apple Award from the Casting Society of America.