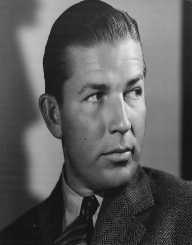 Bruce Cabot was an American film actor. Born on April 20, 1904, he is known for his roles in King Kong as Jack Driscoll (1993), The Last of Mohicans (1936), Fury (1936) and western Dodge City in 1939, and The Green Berets. He was part of a group of actors John Wayne regularly used in his films; including Angel and the Badman(1947). He appeared in several John Wayne films starting with Angel and the Badman in 1947. His final performance on the big screen was in the 1971 James Bond film Diamonds Are Forever. During the World War II, he worked in the Army intelligence and operations in Africa, Sicily, and Italy.

Bruce Cabot was born Étienne de PelissierBujac Jr on April 20, 1904, in Carlsbad, New Mexico. He was born to a soldier and lawyer Major Etienne de PelissierSnr. and Julia Armandine Graves. His mother who died shortly after his birth. He received education at Sewanee Military Academy, Tennessee where he graduated in 1921. He then enrolled at the University of the South in Sewanee, Tennessee, but dropped out without graduating. His inability to graduate from the University led him to pick several jobs including being a sailor, insurance salesman, prizefighter, surveyor and doing a stint in a knacker’s yard before winding up in Hollywood in 1931.

Bruce Cabot made his film debut playing an uncredited role an episode of Heroes of the Flames, in 1931. It was through this film that he built a sizeable career out of supporting roles, often playing antagonistic characters, during the next four decades. He will go on to play a role in several films. In 1933, he appeared in Ann Vickers as a soldier who succeeds in seducing a naïve woman (played by Irene Dunne). He gets her pregnant and for war.

Bruce Cabot rose to stardom with the blockbuster “King Kong” in 1933; he did enjoy stardom and enjoyed a thriving career as a supporting player. He followed the success with a role in the films, Let ‘Em Have It, 1935, The Last of the Mohicans, 1936 and in Fury in 1936. He acted alongside Errol Flynn the epic western Dodge City in 1939 becoming one of Warner Bros hit actors. He had several other roles until he left Hollywood for the World War. After the War, he appeared in several films.

Bruce Cabot appeared in 11 films with a close friend and actor John Wayne including 1947's Angel and the Badman, 1968's The GreenBerets and The Undefeated in 1969. Other films included Chisum, 1970, as King Wolyoe in WUSA and played Sam Sharpnose in Big Jake, 1971. Bruce Cabot's final performance for the big screen was in the 1971 James Bond film Diamonds Are Forever. He later left Hollywood to serve in the World War II. He is an inductee of the Mexico Entertainment Hall of Fame in 2012.

During World War II, Bruce Cabot left Hollywood to enlist in the United States Army, receiving training at the Officer School in Miami Beach. He passed out as a lieutenant in the US Army Air Forces. He served as an intelligence and operation officer in Africa, Sicily, and Italy. After the war, gradually, he continued to work, often with The Duke.

Bruce Cabot married three times first to Gracy Mary Mather Smith with whom he had a son. They divorced when he moved to Hollywood. He then married Adrienne Armes on October 31, 1933, but divorced in April 1937. Bruce Cabot not giving up on marriage married the third time to Francesca De Scaffa in September 1950. They divorced in 1957 with a child.  Bruce Cabot died in 1972 at the age of 68 years from lung and throat cancer as a result of alleged drug addiction (smoking).