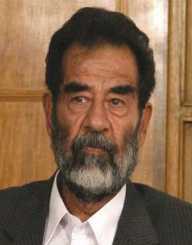 Jerry J. Rawlings graduated from Achimoto College and was then accepted into the military academy at Teshie.

After graduating from the military academy, Jerry Rawlings was made a second lieutenant in the Ghanaian Air Force (1969). Rawlings was the leader of an unsuccessful coup in early 1979. He was sentenced to death by a military court. There was a public outcry, and he had a lot of support from the general population.

Subsequently, he was released from jail by a group of fellow junior officers on the 4 June 1979. This time the coup was successful, and the government of General Fred Akuffo was overthrown. Rawlings became the head of the Armed Forces Revolutionary Council which took control of the country.

Jerry Rawlings and the Armed Forces Revolutionary Council ruled Ghana for 112 days. During this time, military dictator general Ignatius Acheampong and Lieutenant General Frederick Akuffo were both put on trial, found guilty and executed. Power was then transferred to Dr. Hilla Limann who was the leader of the People’s National Party, whose party had won the popular vote in the election held to establish the Third Republic.

Because of financial chaos in the country, Rawlings led a second coup on the 31 December 1981, and as the chairman of the Provisional National Defense Council, he became head of state. After this second coup, Rawlings and his officers held on to power. Initially, the Soviet Union and Cuba were considered allies, but during the 1990s, the Rawlings government became more centrist and began to engage more with the United States and other European democracies.

Calls for a return to civilian rule and democracy led to Jerry Rawlings establishing a National Commission for Democracy in 1990. The commission announced in 1991 that the framework for an elected president, national assembly and prime minister had been established. The following year (1992) political parties were legalised. Rawlings was a candidate for the National Democratic Congress and won 58% of the vote. After winning the 1992 presidential election, he was re-elected in 1996 and was in office until January 2001.

Jerry Rawlings married Nana Konadu Agyeman in 1977, and they had four children together.