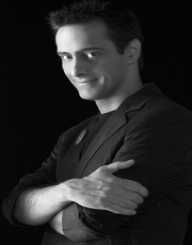 Luis de Matos was raised in the city of Coimbra, Portugal. His parents had him in the Portuguese territory of Mozambique on August 23rd, 1970. This was just a few years before the African country of. Mozambique became independent of Portuguese rule.

Matos's family moved to Coimbra after the African nation’s independence and Luis got schooled in the same city. He attended Escola Superior Agrária de Coimbra, where he studied agricultural technical engineering.

Luis de Matos kicked off his career in magical arts in the year 1990 after appearing on TV shows in Portugal. Matos was not satisfied with these guest appearances, and he came up with his magic show on TV. It was aptly titled “This is Magic” or 'Isto é Magia, in Portuguese. Matos proceeded to launch other shows like ‘Luis de Matos Ao Vivo, NoiteMágica and 'Ilusões com Luis de Matos.

Luis de Matos took the magical world by storm with his televised performances, and these won him a lot of fans. Luis was able to extend his influence beyond Portugal to other parts of Europe and the global stage. Having stamped his authority in the limelight, Luis de Matos became Portugal National Theatre’s magic consultant.Matos also served on the board of International Federation of Magic Societies as artistic director.

Luis de Matos staged an online conference for magical arts in 2010, and this was the first of such events globally. It was an open exhibition for magicians around the globe to espouse their understanding of the magical arts. More than 2000 performers joined the event online over the course of two years. Luis de Matos stages magic events across Portugal including the yearly street Magic Festivals, which features magicians from across the globe. It is an open showcase of magical skills and arts on such unimpeded global scale.

Luis de Matos produced a DVD series titled Essential Magic Collection. It is a resource for training and teaching magicians the art of performance with such qualitative tutorials in video format. Luis de Matos also has a running studio called “ESTÚDIO33 home of ‘de Matos Productions” in the city of Ansião in Portugal. The facility includes a recording studio, rehearsal space as well as a theater. People who access the facility are also able to see the workshop and reference library.

In the year 1995, Hollywood Academy of Magical Arts gave Luis an award of merit, and in 1999, he scored the acclaimed Magician of the year' accolade and award. He also got his fellowship of the academy in the year 2013 with a special fellowship award conferment. This was for Matos's magical arts publicity using the media platform. The Magic Golden Grolla Award was given to him in the year 2013, and his co-awardees were Dynamo and Lu Chen. This was an Italian award for personalities in the art fold.

Luis de Matos also made history in October 2013 when he was awarded The Magic Circle’s David Devant Award. He became the youngest winner of that award to date. This was in recognition of his momentous contribution to magical arts on the international scale.

Luis de Matos is reputed for creating, producing and hosting several television events with a noticeable regularity. He also stars in international events with huge popularity and has deployed professional resources to push the frontiers of his performance. Having made mentoring of magic professionals as a commendable pastime, Luis de Matos also earned himself such acclaim for posterity. Like in other fields of human endeavor, training new talents and teaching them the intricacies of the profession is one way to advance its cause.

Having become such a notable face in Portugal, there is no doubt that Matos's influence was sure to spread abroad in no time. Luis kept faith with this, and it was a determined end when he attained global acclaim. His recognition across the Atlantic and beyond bears testimony to his dexterity and ability in his chosen field.

Luis de Matos was given an entry in the Guinness Book of Records as a master of illusions when he made silk handkerchiefs totaling 52,001 to disappear into thin air at the same time. This event held at the Porto F.C stadium in Portugal in the year 2004 when the new facility was opened for the football club. Before his Guinness Book of Records entry, Matos already caught the attention of his fellow nationals when in 1995; Matos successfully predicted the winning number for the national lottery on live TV. This was what made the front page of Portuguese dailies the next day, and he has not ceased to amaze people ever since.

Luis de Matos comes widely reputed as one of the most recognized Portuguese faces of all time.

No entry exists yet about his marriage or children.