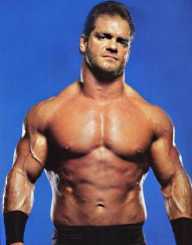 A top performer for the World Wrestling Entertainment, Chris Benoit was a hardworking wrestler, who had severe brain damage due to years of taking hits on the head, and eventually killed his wife, son and took his own life. Chris Benoit left a mark on the WWE and the wrestling Universe as a fierce competitor and a battle-hardy veteran.

In more than 22 years of his wrestling career, Benoit held over 20 titles including the World Heavyweight Championship of the WWE.

Chris Benoit was born on May 21, 1967, in Montreal, Canada. His full name was Christopher Michael Benoit. His parents were Michael and Margaret Benoit, and he had a sister. Early in his life, Chris Benoit got interested in strength training and soon turned his attention towards wrestling as a career option.

In 1989, Chris Benoit joined the New Japan Pro Wrestling. It was there that he first tasted the excitement that comes with the crowd chanting your name. He started with the name The Pegasus Kid and then later changed it to Wild Pegasus. Thanks to Hart’s training and his dexterity and strength, he rose through the ranks quickly.

After Japan, he moved to Mexico and then Germany and gained enough wrestling experience to debut in a professional circuit in America.

Chris Benoit joined ECW (Extreme Championship Wrestling). His stage name was the Canadian Crippler. His amazing performances in the ring got him noticed by the WWF (now WWE), and there were talks of a deal. Unfortunately, they couldn’t strike a deal and Benoit had to wait a few more years before making his debut in the World Wrestling Federation.

Chris Benoit made his pro debut in 1995 when he joined the division championships of the WCW. Benoit became a member of the Four Horsemen, which also included Ric Flair, Arn Anderson, and Brian Pillman. Soon, he shifted to the WWF, where he was drafted into Smackdown. The first title that Chris Benoit won was the Intercontinental Championship in 2000.

Chris Benoit suffered a near career-ending and severe neck injury and had a ruptured disc after a bloody fight in 2001. He had to undergo surgery that left him out of the circuit for close to a year. He returned to the WWE in late 2002.

Chris Benoit won the 17th Royal Rumble event in 2004 by defeating Triple H. Later he went on to lift the World Heavyweight Championship.

Chris Benoit entered into a feud with fellow wrestler Kevin Sullivan that involved Sullivan’s fight. While only intended to be a promotional storyline, it affected their personal lives, and Sullivan’s wife Nancy left him to marry Benoit.

Benoit’s fights were most intense and involved the use of a lot of heavy equipment including a steel chair. He would regularly take hits on the back of his head with the chair. This caused severe internal damage to his brain, and he started having problems and anger issues.

In a fit of rage on June 22, 2007, he choked his wife Nancy to death. The following day, he drugged his infant son and strangled the life out of him. On June 24, 2007, he committed suicide, a day after killing his son.

Chris Benoit used a gym cable and some heavyweights to hang himself.

Chris Benoit married twice. From his first wife Martina, he had two children – a son David, and a daughter named Megan. Chris Benoit second wife Nancy bore him a son Daniel, both of whom, he murdered.