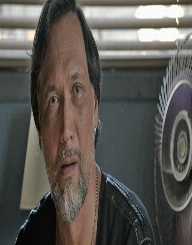 Jimmy Smits was born on July 9, 1955, in Brooklyn, New York to Cornelis Leendert Smits and Emilina (née Pola). He has two sisters, Diana and Yvonne; and raised as a Roman Catholic in a working-class neighbourhood in Brooklyn. Since his mother was a Puerto Rican, Jimmy spent some of his childhood days in Puerto Rico. He received education from the Thomas Jefferson High where he participated in athletics. After graduating, he enrolled at the Brooklyn College earning a bachelor’s degree in 1980. He later received his Masters of Fine Arts from Cornell University in 1982.

Jimmy Smits made an acting debut in 1984, playing as Eddie Rivera in an episode of Miami Vice. His next role was as Victor Sifuentes in the long-running NBC television drama L.A. Law. The series ran from 1986 through 1992. In 1989, Jimmy then appeared in the television seriesPee-wee's Playhouse, and Cop Rock in 1990. Jimmy Smits starred in the film My Family alongside Jennifer Lopez and Edward James Olmos.

He was highly acclaimed for the role Detective Bobby Simone, in the ABC series NYPD Blues from 1994 through 1998. The role earned him many Emmy award nominations and won two ALMA awards. He received the Hispanic Organisation of Latin Actors’ Award for Excellence in 1999. Jimmy appeared as Senator Bail Organa in the Star War trilogy including Star Wars: Episode II – Attack of the Clones, 2002, Star Wars: Episode III – Revenge of the Sith in 2005, Star Wars: The Force Unleased, 2008 and the later spinoff movie Rogue One in 2016.

Jimmy has made several stage performances aside from acting in films and television series. Most of his 1980sperformances were during Cornell's summer repertory program at the Hangar Theatre in Ithaca, New York. He played Max in Cabaret at the Hangar Theatre in 1982. He continued with the role of Paul in Loose Ends and played the lead in Pudd'nhead Wilson. In 2012, he played the role of Duke Orsino in Twelfth Night and in Much Ado about Nothing, 2004 during theNew York Shakespeare Festival by the Public Theatre. At the Royal Theatre in 2003, he played in the Broadway production, Anna in the Tropics. Jimmy played opposite Annie Potts, Ken Stott, and Christine Lahti in the Broadway play God of Carnage from November 2009 to February 2010. Smits also appeared in The Motherfucker with the Hat at the Steppenwolf Theatre from 2012 to 2013.

In 1981, Jimmy Smits married his high school sweetheart Barbara Smits. They had two children Tiana and Joaquin before divorcing in 1987. He has since 1986 dated actress Wanda De Jesus and lives in Loa Angeles. In 1987, Jimmy and De Jesus assaulted police officers resulting in their arrest. The officer was attending to a call for help from Jimmy Smits’ home. They were charged for battery misdemeanor but the charge for battery was dropped due to conflicting evidence from the witness.

Smits, however, pleaded guilty to a misdemeanour and was fined $150 and given an18-month probation sentence. De Jesus, on the other hand, pleaded guilty for false identification to a police officer and disturbing public peace. She was sentenced to18 months of unsupervised probation, fined $250, and 75 hours of community service.