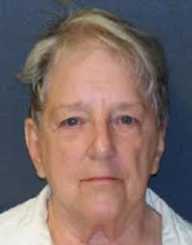 Genene Anne Jones was born 13th July 1950, in Texas, in the United States. She was adopted by Dick and Gladys Jones. When she left school, Jones was employed as a beautician, but in the 1970s she went back to school to learn nursing.

Genene Jones began her nursing career as a licensed vocational nurse (LVN). She was employed in the pediatric intensive care unit (ICU) at Bexar County Hospital, which has since changed its name. A much higher number of children than normal died while Jones was looking after them.

The hospital was afraid of being sued, and all LVNs were asked to resign so that only registered nurses could work in the pediatric ICU.

Genene Jones was accepted for a role at a pediatrician clinic in Texas. It was soon discovered that she had taken poison and administered it to six children. She was reported and charged. Jones was sentenced to 99 years in prison for murdering a 15-month old child in 1985. She was then sentenced to 60 years for attempted murder and was to serve the second sentence concurrently.

Although Jones was due for release in 2018, she was charged with another murder, this time of an 11-month old child, to prevent her getting out of prison.

It is believed Jones committed the murders of children between 1977 and 1982. Although two deaths have been confirmed, it is thought that Jones may have murdered as many as 60 children.

In 1968, Genene Jones married James Harvey DeLany, Jr. The couple had a child but divorced in 1974. They reconciled in 1977 and had a second child.