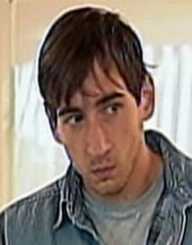 Adam Wheeler is an American student who gained admission to the prestigious Harvard University using falsified credentials. He was eventually discovered and prosecuted. The media called it the Ivy League Imposter case.

Adam Wheeler was born to Richard and Lee Wheeler. He was raised in Delaware. His parents have a firm dealing with interior design. Wheeler went to local elementary schools in Delaware. He enrolled at Caesar Rodney High School. According to the academic records at his high school, Wheeler was an average student. He secured admission to Bowdoin College. In 2007, Wheeler was expelled from the college for the crime of plagiarism in his assignments.

Undeterred by his expulsion, Wheeler applied to Harvard University. His application impressed the admission panel. He stated that he was a former student at Phillips Academy in Massachusetts. He had completed his first year at the Massachusetts Institute of Technology, also known as MIT. His first-year grades were impressive. Wheeler was an A student.

Wheeler got the admission to the prestigious Harvard University. Once in Harvard, he embarked on protecting his admission with more lies. He was a quiet student who liked poetry and academic discussions. His colleagues became fond of his debates. He applied for academic prizes and won. At one time Wheeler won the Rockefeller Research Award, one of America’s prestigious scholarships. He went on and won several other academic and financial prizes totaling to USD 45,000.

When the application for the government aid was announced, Wheeler decided to apply. His application seemed to resemble another student’s. The panel decided to investigate further. The mystery of his admission was unraveled. The background findings shocked the institution’s fraternity. Wheeler did not study at MIT. In MIT, the first year students had a different grading system from what he had presented.

Wheeler had actually transferred from Bowdoin College. The reason for the expulsion was plagiarism in his course work. In his application, he claimed that he has written books and co-written others. Wheeler claimed he is fluent in the classical Armenian and Persian languages. He could not prove it. His application was rejected.

In 2009, a disciplinary panel was set up by the college to deliberate his case. He was expelled after he was found guilty of all the 20 counts of forgery and falsification of information to obtain admission.

In May 2010, Harvard lodged a complaint to the police. Wheeler was arrested and tried. He was put in police custody until June that year. He paid court cash bail of USD 5,000. Wheeler was released from the Middlesex Prison Jail in Massachusetts awaiting his case in June 2010. The media called it the Ivy League Imposter case. During the court proceedings, his lawyer dwelt on Wheeler’s past record. He tried to convince the judge of his client’s good record devoid of any crime. He argued that Wheeler did not benefit directly from any of the prizes he won. Lastly, his client was a worker at a charity organization in his native Massachusetts. He portrayed his client as a low-security risk in society. The defense lawyer managed to partially convince the presiding court judge.

He was sentenced to 10 years’ probation sentence. His two and a half jail term was quashed. Wheeler had already spent more than 30 days in police prison. The probation terms stated that in the 10 year period, Wheeler was not to benefit from any of the financial grants.

At the end of the trial, Harvard won but had to endure the negative publicity. The media and the citizenry alike condemned the laxity in the vetting of applicants background checks. The Wheeler case exposed the lapses in institutional vetting systems. Thorough measures were put in place in major institutions of higher learning across the US.

Harvard has an impressive record as one of America's most respected institutions of higher learning. They range from several US presidents, federal judges and prominent personalities in the world. Studying at Harvard is a sure way to prosperity in the US.

Adam Wheeler is just one of the many fraud cases in the world. The emphasis of having a recognized academic certification pushes students to cheat in their grades and resumes. In view of the above, strict background checks should be done to give due merit to those who qualify and truly deserve it.