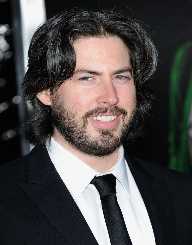 Jason Reitman is a Canadian-American screenwriter, director, and producer. Born on October 19, 1977, he followed the career path of his father, director, Ivan Reitman. He started his career directing shorts films before venturing into feature films. He is the director of films including Young Adult, Up in the Air and Thank You for Smoking among others. Reitman who is a Grammy Award winner has also received nominations at the Academy Awards.

Jason Reitman was born on October 19, 1977, in Montreal, Quebec, Canada. He was born to actress Geneviève Robert and comedy director Ivan Reitman. He has two younger siblings, actress Catherine Marcelle Reitman and Caroline, a nurse. Young Reitman mostly joined his father on set, and that was when he fell in love with filmmaking. At a point, he served as a production assistant for his father and played small roles in his films. He was a timid person growing up and describes his childhood as"a loser... a movie geek... [and] shy.".

Jason Reitman received education from Harvard-Westlake School, where he was a high jumper graduating in 1995. He then enrolled at Skidmore College, to major in pre-med studies but later transferred to the University of Southern California, where he majored in English and Creative Writing.

Jason Reitman started his filmmaking career shooting short films while at the university. After school, he declined offers to make commercial feature films, instead, continued doing his short films, and directed commercials. He turned down offers to direct the movie, Dude, Where’s My Car?

Jason Reitman's debut feature film as a screenwriter and director was Thank You Smoking in 2005, a film adaptation of a Christopher Buckley novel. The film was critically acclaimed and achieved commercial success grossing $39 million worldwide. It also earned two Golden Globe nominations. He followed the success of Thank You Smoking with the film Juno, starring Ellen Page and premiered at the 2007 Toronto International Film Festival. The film was commercially successful grossing over $140 million at the US box office and earned an Oscar nomination for Best Picture.

Jason Reitman won the Best Director at the Canadian Comedy Awards, 2008 and received the Cinema for Peace Award 2008 for Most Valuable Work of Director, Producers & Screenwriter. In 2009, Reitman directed the film Up in the Air, an adaptation of a novel by Walter Kirn, starring George Clooney. The film won the Golden Globe Award for best screenplay in 2010.

Jason Reitman partnered Daniel Dubiecki to form the production company Hard C Production. The company produced films including The Ornate Anatomy of Living Things and Jennifer’s Body. He left the company in 2009 to form Right of Way Films.

Jason Reitman started his filmmaking career with shooting short films, which he wrote and directed. The first of it, Operations, funded with money he made from selling ads in desk calendars, premiered at the 1998 Sundance Film Festival. He was the producer and director of the 2007 holiday season commercials for Wal-Mart working with the advertising agency Bernstein-Rein. He has also done ads for Nintendo, Buick, Burger King, and BMW. He also directed episodes "Local Ad" and "Frame Toby" of the television series The Office.

At the age of 16 and still in high school, Jason Reitman dated a woman ten years his senior. They dated for seven years before breaking up. He then started a relationship with writer Michele Lee in 2000. Their relationship ended in marriage and had a daughter Josie in 2006. Reitman filed for divorce in June 2011 and had since 2014 is divorced.