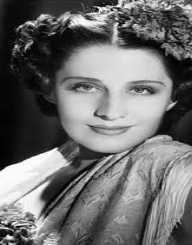 Norma Shearer was an Academy Award-winning Canadian American actress. She was the first actress to be nominated for Best Actress at the Oscars for a whopping 5 times. Shearer was known for playing sexy, bold, and brazen damsels on screen. She was labeled by MGM as the “First Lady of the Screen” after her marriage with “The Boy Wonder” producer Irving G. Thalberg.

Edith Norma Shearer was born on August 10, 1902, into a well-to-do family in Montreal, Canada. She had a brother and a sister and attended both the Montreal High School and Westmount High School.

Shearer wanted to be an actress from a very early age, however, she was not blessed with striking physical features. In 1918, her father’s business suffered huge losses, and the Shearer family suddenly faced abject poverty. Her mother took Shearer and her sister and moved to a shabby boarding house before leaving for New York City.

But life was not easy in New York. Shearer’s mother went to Broadway Impresario Florenz Ziegfeld Jr., but he turned down her daughter brutally. Even the legendary D.W. Griffith told Shearer that she will never succeed. But Shearer was determined to prove everyone wrong. To earn money, she did several modeling assignments and played extras in many films.

Norma Shearer had a cast in one eye, and she recognized that such misalignment impeded her chances of becoming an actress. She consulted the famous physician Dr. William Bates who gave her eye exercises that she religiously followed.

After starring in a low budget film called The Stealers, Shearer signed a contract with Louis B. Mayer Pictures. But a badly conducted screen test resulted in Shearer again settling for bit-part roles. A year later, Louis B. Mayer Pictures amalgamated with Metro Pictures Corporation and The Samuel Goldwyn Company to form Metro-Goldwyn-Mayer Studios Inc. (MGM).

This boded well for everyone connected to these companies, and Shearer finally landed a role in the psychological thriller He Who Gets Slapped. Within two years, Shearer became an asset for MGM and signed a new contract.

Norma Shearer made dozen-odd films in these 2 years, and at the same time, started an affair with Irving Thalberg, the head of production of MGM. In 1927, she starred in the big-budget The Student Prince in Old Heidelberg, directed by Ernst Lubitsch, and two years later in her first talkie picture, the super hit The Trial of Mary Dugan.

After donning similar roles in several films, Shearer decided to shed off the “good girl” image and starred as a sultry damsel in The Divorcee. The role won her the Academy Award for Best Actress. Shearer went on to work in several pre-Code box office hits where she worked alongside stars like Clark Gable and Leslie Howard.

After Thalberg’s sudden death in 1936, Shearer fought against MGM for her husband’s share of profits. MGM was forced to pay over $1.5 million to Thalberg’s estate. Shearer continued working with MGM as her contract was renewed. Shearer retired from acting in 1942 and shunned the glamour and glitz of Hollywood completely.

Norma Shearer married Thalberg in 1927 and remained married until the latter died in 1936. The couple had 2 children. After a brief encounter with a young James Stewart, Shearer began an affair with the stylish actor and dancer George Raft. The raft was separated at that time, but his wife refused to divorce him. With MGM taking a dim view of the situation.

Norma Shearer had no other way but to end the affair. After her retirement, Shearer married Martin Arrougé, who was 11 years her junior. Norma Shearer died of pneumonia on June 12, 1983. She was interred at the Forest Lawn Memorial Park in California.