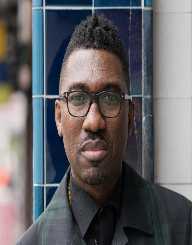 Kwame Kwei-Armah is a British born actor and playwright, movie director and musician.

Kwame Kwei-Armah was born on March 24, 1967, in London. His birth name was Ian Roberts. His parents were immigrant workers from the Caribbean. His father was from Grenada while the mother was from Trinidad and Tobago. His parents worked multiple jobs to sustain the financial needs of the family. Kwame went to Barabara Speake Stage School in London. He learned how to play musical instruments at the Salvation Army Church School.

He grew up in the Southall district of London. He experienced the racial discrimination in his childhood. Southall experienced an influx of Asians and Afro Caribbeans in the early years of the 1970s. The anti-immigrant sentiments soared in 1979. In April 1979, the Southall riots broke out. White supremacy skinheads razed houses and business ventures belonging to Asians and Africans. The police arrived and but did not contain the white youth. Instead, they chased and clobbered the Asian and African men with the help of the white youth. After the horrific sights of the riots, Kwame resolved to pursue his education and change the community.  He became conscious of the racial intolerance in the London community.

Kwame debuted on stage in 1993. He featured in the play Elegies for Angels, Punks and Raging Queens. The play was staged at the Criterion Theater. After a long acting career on the stage, Kwame went into television acting. He debuted on the BBC television on a drama called Casualty in 1999. He delighted his audience with his role as a paramedic on the cast. The series ran on the BBC television for five years. Kwame participated in other series like Holby City, Between the Lines, and The Bill.

Apart from acting on television, he was also a producer of documentaries. In February 2009 he produced a documentary titled Christianity: A history. In this Channel 4 documentary, Kwame delved in the correlation between his Christian faith, and African heritage. He narrated the influence of Christianity on the early African societies like Ethiopia, Nubia, Cush, and Egypt.

In the following months, he produced another documentary On Tour with the Queen. The documentary was again aired on Channel 4. Kwame explored the significance of Queen Elizabeth’s impact on the Commonwealth tour of 1953 and 1954. He became one of the few producers to document the British Queen on television.

In 2011 he worked for the BBC Radio service. He hosted the musical show Desert Island Discs. Kwame capitalized on the radio opportunity to discuss the African influence on the British culture.

In 1998 he wrote his first play titled Bitter Herb. In 1999 he wrote his next play Blues Brother, Soul Sister. The play was adopted at the Theater Royal. It was closely followed by his third play Big Nose. He got his fame from his play Elmina’s Kitchen in 2003. He was shortlisted for two awards and won the third one.

In 2016, he wrote and directed the play One Night In Miami. The film which was staged in October was an all-African crew cast. The play majored around four of Americas prominent black personalities; Cassius Clay, Malcolm X, Sam Cooke, and Jim Brown. The background setting is done at a Miami hotel. Kwame again proved himself as a black conscious playwright.

He has done other musical productions like Marley, based on Bob Marley’s song One Love, One Heart. He voiced over a cartoon character Mtambo in the film The Lorax.

He changed his name from Ian Roberts to Kwame Kwei-Armah when he turned 19 years. After research on his genealogical past, he traced his ancestry to the Akan speaking tribes in Ghana. He adopted the Akan name Kwame Kwei-Armah.

He is married and lives in London. His son is also a musical artist. Kwame is a lover of African culture. He loves listening to Afro Caribbean and other genres of music of African origin.

He is a winner of several films and plays awards including Bafta Awards. He was the head of the London School of arts for five years. In 2012 Kwame was awarded the prestigious civilian medal by the British crown. He was the recipient of the Officer of the Order of The British Empire Medal or OBE. This was in recognition of his distinguished service to the world of arts and drama.

Kwame Kwei-Armah rose from the ashes of racial riots to be Britain’s OBE. He has used his influence to bridge the racial divide in Britain.