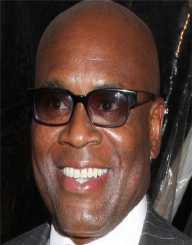 The music executive, L.A. Reid, is remembered for his role in the televised music competition show, The X Factor. He founded Hitco Entertainment where he now serves as the co-chairman of the company.

L.A. Reid was born on 7th June 1956 in Cincinnati, Ohio. His mother single-handedly raised Reid and three of his siblings, since their father left the family.

As a child, Reid is known to have grown up loving music. His rich musical hometown played a part in his early love for music. He turned everything in the house into a musical instrument.

L.A. Reid began his musical journey playing drums for a local band. In the early 1980s, he joined Essence band where his musical star started rising.

The band’s breakthrough hit was in 1988. The group produced the song after reuniting from a breakup. The song did well, and the group was forced to come together to promote the song. In the billboard top 100 hits it was placed in 10th position.

The Essence band finally broke up. Reid and one of his bandmates Kenneth Edmonds formed LaFace in 1989. The duo African Americans became a musical sensation.

LaFace music soon made their music available in the top 40 musical chats and Urban chats. Reid later signed 18 years old Asher their label. The youngster's six albums each made close to 65 million records. Several other musicians whose signed with his label include Outkast, Toni Braxton, and TLC.

In mid of the 1980s, L.A. Reid and Edmond left singing to concentrate on producing and writing music for another artist. The artist who benefited from the duo’s work includes Bobby Brown, Paula Abdul, Boyz II Men, and Whitney Houston.

Some of their most significant success include producing 33 hits that were number in the billboard. Three of their hits won the Grammy awards.

LaFace went on to make a considerable contribution in the development of music in Atlanta. The label soon became a landing spot for most African American musicians.

Reid’s ability to identify and to cultivate young talents to great heights was terrific. Despite the success of the Production Company, the two sold all their shares in the company.

L.A. Reid immediately took over the management of Arista Records. His four-year term saw tremendous success in the company. He was responsible for reigniting the career of Mariah Carey. In addition to that, he introduced musicians such as Rihanna and Justin Bieber to the world.

He stepped down from Def Jam, in 2011. It did not take long before Sony Records took him as their CEO and chairman.

In 2011, L.A. Reid's impact in music went beyond student.  FOX made him a vocal judge alongside Simon Cowell, Demi Lovato, and Britney Spears.

L.A. Reid is married to Erica Holton. The pair has two children, Ariana Manuelle, and Addison Kennedy together. Reid also has two sons from different mothers who were from his previous relationships.

L.A. Reid co-wrote the song Just Stand Up for a television special aimed at fighting cancer. Some renowned artists performed the song.