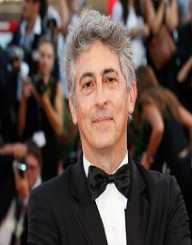 Producer and screenwriter Alexander Payne was born Alexander Constantine Papadopoulos into a family of Greek and German ancestry in Omaha, Nebraska on the 10 February 1961. He was the youngest of three brothers, and the family ran a Greek restaurant in Omaha.

After graduating from Lewis and Clark Junior High School,  Alexander Payne enrolled at Stanford University where he studied history and Spanish. He then attended the UCLA Film School and was awarded an MFA (1990). His thesis film was The Passion of Martin.

Alexander Payne followed up the success of Citizen Ruth with Election (1999) which was well reviewed and won an Academy Award nomination for writing an adapted screenplay.

His first Oscar nomination was shared with Jim Taylor in 2000 when they were nominated for the Best Writing, Screenplay Based on Material Previously Produced or Published for Election (1999). Alexander Payne went on to win numerous nominations and awards including a 2014 Oscar nomination for Best Achievement in Directing for Nebraska (2013), an Oscar for The Descendants (2011) - which he shared with Nat Faxon and Jim Rash for Best Writing, Adapted Screenplay.

Alexander Payne was married to actress Sandra Oh from 2003 until 2006. He then married Maria Kontos.