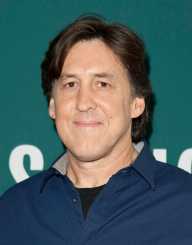 Cameron Crowe is an American author, journalist, and an award-winning film personality.

Cameron Bruce Crowe was born on July 13, 1957, to James and Alice Marie Crowe in Palm Springs, California. He was the last born and only boy in the family of three siblings. He grew up in an affluent family. His father was a real estate businessman, while his mother was a school teacher. Crowe moved with his parents to San Diego, California while still a child.

A gifted child in the class, Crowe never enrolled for kindergarten. He skipped the first two grades in his elementary education. He then went to the Catholic-run University of San Diego High School. In 1972 he graduated as the youngest student in his class aged 15. Crowe enrolled at the Indio High School and later went to San Diego City College. He eventually dropped out of college to follow a career in journalism and film screenwriting.

Crowe started experimenting with his talent at a tender age. He became a student journalist for his school journal at the University Of San Diego High School. After graduating, he was hired by the Rolling stone Magazine after falsifying his age. He rose from a writer to be one of the editors of the publication.

He specialized in interviewing the celebrities of Rock N Roll music. He interacted with several legends like Allman Brothers Band, Led Zeppelin, The Eagles, and King Crimson. In 1977 rolling stone Magazine relocated to New York. Crowe remained behind in California. He gradually lost interest in journalism and started focusing on other literary interests.

In 1979 he enrolled as a senior high school student under an alias Dave Cameron at the Clairemont High School. He spent his time researching the daily lives of high school students for his upcoming book. In 1981 he published the book Fast Times at Ridgemont High: A True Story. The book explored the common activities of daily school life and the challenges of adolescence. The book was adapted into a film and released in 1982.

Crowe switched his career to screenwriting. He wrote the script for the film The Wild Life. In the 1984 production, Crowe delved again into the lives of teenagers living alone as singles. He made little inroads in the commercially with the film.

In 1989 he made his debut as a film director with film Say Anything. The film became a commercial success. He made his second film in 1992. He directed and produced the comedy titled Singles. After a delay of four years, the film was released in 1996. Crowe set up a host of strong acting personalities in the production. He won numerous award nominations for the film. He won the Best Screenplay category of the PEN Literary Award.

Crowe started working for DreamWorks in 1997. He published two books under DreamWorks. In 1999 he published Conversations With Wilder. This was a compilation of all the interviews he made with his idol Billy Wilder. He published his second book in September 2000. The book titled Almost Famous was pegged on his journey at the Rolling Stones for its film adaptation.

In December 2001, Crowe released another film Vanilla Sky. With its star-studded cast, Crowe made a commercial breakthrough with the film. The following year, he directed his first television commercial. He also did other productions on television in the following months of the year. In October 2005, Crowe released his film production Elizabethtown. He then went into hibernation for a while. In 2011, he produced a documentary titled The Union. It premiered at Tribeca Film Festival and was highly acclaimed by his critics. In September 2011 he produced another documentary Pearl Jam Twenty. In December 2011 Crowe released the film We Bought A Zoo. The film comprised a host of well-known actors in its cast.

Crowe produced the film aloha in May 2015. In the romantic comedy, he explores the lives of military officers in the quest to live a normal life. Crowe has made other notable works like Roadies produced in 2016, and the 2019 production David Crosby: Remember My Name.

In July 1986, Crowe married Nancy Wilson, a singer from the band Heart. The couple separated in 2008 and eventually divorced in September 2010. Crowe fathered twins with Nancy that were born in January 2000.

Crowe still works in the film industry. He is a recipient of numerous film nominations in the Us and Europe. He is credited for having nurtured the talents of young actors like Matt Damon, Nicholas Cage, and Cameron Diaz.