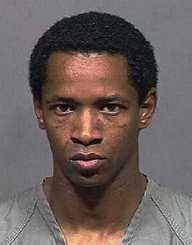 John Allen Muhammad was an American criminal who carried out the D. C. sniper attacks in 2002.

John Allen Williams was born in the city of Baton Rouge, Louisiana, on December 31, 1960. His parents’ names were Eva and Ernest. His family soon moved to the city of New Orleans.

His mother suffered from breast cancer and passed away when he was three years old. His father left him soon after that. He spent his childhood living with his grandfather and his aunt. In 1985, he converted to Islam, and he changed his last name to Muhammad.

After leaving school, John Allen Muhammad became a combat engineer for the Louisiana Army National Guard in Baton Rouge. He was part of the 14th and 15th Engineer Battalions at Fort Lewis, Washington, as well as the 13th Engineer Battalion at Fort Ord, California. He served in the Gulf War in 1991, as part of a team that dismantled chemical weapons.

John Allen Muhammad stayed in the Army for 17 years. He earned the rank of Sergeant, and he was honorably discharged in 1994. He received numerous awards, such as the Army Service Medal, the Overseas Ribbon, the Kuwait Liberation Medal, the National Defense Service Medal, and others.

After leaving the Army, John Allen Muhammad tried to start his own business. He opened up a mechanic shop and a karate school, but they both failed. In 1999, his wife Mildred took their three children and left. She soon filed for divorce. He started to threaten her, so she got a restraining order against him. He then kidnapped the children and took them to Antigua. During his stay there, he met a young man named Lee Boyd Malvo.

John Allen Muhammad soon returned to the U. S. with his kids. The police found them and returned them to his wife. He was enraged and determined to get them back. He started spending more time with Malvo. He controlled every aspect of his life. He taught him how to shoot, and he introduced him to radical Islam.

In February 2002, Muhammad and Malvo were involved in a robbery and shooting of a liquor store in Montgomery, Alabama. They continued their spree with robberies and murders all over the country.

Seven people died, and seven more were wounded. In October 2002, they started their shooting spree in the District of Columbia, Virginia, and Maryland. Ten people died, and three were injured. Some of the victims were connected to Muhammad’s wife, Mildred.

John Allen Muhammad was captured by the police on October 24. The trial lasted for a long time, with hundreds of pieces of evidence and dozens of witnesses. In 2004, the state of Virginia sentenced him to Death.

The state of Maryland sentenced him to six life terms. He stayed in a maximum security prison for several years. On November 10, 2009, he was executed with a lethal injection at the Greensville Correctional Center in Virginia. His partner, Malvo, is currently serving several life sentences in prison.