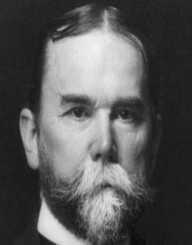 John Milton Hay was born on October 8th, in 1838. He earned his fame after serving as the personal secretary to Abraham Lincoln. Similarly, he served as an American statesman during the tenures of William McKinley and Theodore Roosevelt.

Hay is also best remembered for “Open Door” policy which was meant to keep China open to trade with other nations.

John Hay was born on October 8th, in 1838. His place of birth was in Salem, Indiana. He was the third born son to Dr. Charles Hay and Helen Leonard. When Hay clocked 13, he moved to Pittsfield to pursue his early education. It is while studying in Pittsfield that he crossed paths with John Nicolay. Later on, he would work with him at the office of President Abraham Lincoln.

For his college education, John Hay joined Brown in 1855. Something that made Hay stand out among many was his Western clothing coupled with his accent. In college, he tried out writing poetry. In 1858, he earned his Master’s degree.

On February 4th, 1861, John Hay was admitted to the bar. A few days later, he joined forces with president-elect Abraham Lincoln. During this period, a good number of Southern States had seceded and formed the Confederate States of America. This was a move that contributed to Lincoln’s perception with regards to slavery.

Immediately after Lincoln was sworn into office on March 4th, young and vibrant Hay went and resided at the White House alongside his schoolmate Nicolay. The two helped each other in attending to some responsibilities at the White House.

While working at the office of the president, John Hay did not stop writing. He anonymously wrote for newspapers with the intentions of making Lincoln appear as though he was a competent and a religious fellow. He continued offering his services until 1865.

Later, in 1870, John Hay opted to take a break from politics, and therefore he tried out journalism. He earned himself a job at the New York Tribune. He worked here for five years both as a writer and at times as an editor. After his brief stint here, he was back in politics working as an assistant secretary of state.

When William McKinley took over as the president, Hay earned himself immense recognition. During McKinley’s tenure, he was Great Britain’s ambassador. Also, he served as the secretary of state at some point.

In 1874, John Hay tied the knot to Clara L. Stone. The couple was blessed with four children in their marriage.