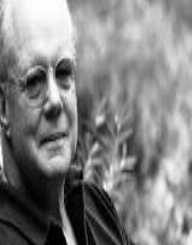 Morgan Scott Peck was a historical psychiatrist and a writer. He was an American by birth. As a writer, he had for being the author of his best-selling book titled 'The road less travelled', his first ever book which remains in 1978. He lived a remarkably fulfilled life as far as career excellence goes.

Scott Peck was born on May 22, 1936, in New York City. His father was David Warner Peck who was a renowned attorney and Jurist while Elizabeth Saville was his mother. At age thirteen, he was sent off to a New Hampshire boarding school where he remained till he was fifteen. He was diagnosed with depression when he was fifteen, after refusing to go back to Philip Exeter Academy, his boarding school where he admittedly spent some of his worst years. As a result of his depression, he spent a month in psychiatric care after which he changed schools in 1952.

Dr. Peck served in the United States Army from 1963 till 1972 as Assistant Chief Psychiatry and Neurology to the surgeon general of the army in Washington D.C. He was also chief of psychology at the Army Medical Centre, Okinawa in Japan. While serving in the United States Army, he attained a rank of Lieutenant Colonel before he resigned and was awarded a meritorious service medal. Before his Army service, he had previously held administrative positions under the government.

He served as Medical Director of New Milford hospital mental clinic after resigning from the army and went into private psychiatry practice in Connecticut between 1972 and 1983.

Morgan Scott Peck had his first book published in 1978. His book, The road less traveled still remains the best of his works till date and has sold over ten million copies in over 20 language translations. 'The road less traveled’ remarkably earned him his popularity and made the New York Times bestseller list in 1984. This four-part book which encompasses discipline, nature of love, religion and graces, remained in the bestseller list for 13 years, longer than any other book with a living author.

In 1983, he wrote a second book titled 'People of the lie', a Japan bestselling book. His second book has been an immense contribution to psychology because it conceptualizes the theory of human evil. A third book, 'What return can I make?', was published in 1985, later republished ten years later and re-titled; 'Gifts for the journey.'

His other works included: 'The different drum', published in June 1987, his fictional 'A bed by the window', which was his first novel, 'The friendly snowflake', 'A world waiting to be born', 'Meditations from the road', 'Further along the road less traveled 'In search of stones', 'In heaven as on earth' which was his second fiction, 'The road less traveled and beyond', 'Golf and the spirit', and the groundbreaking topical book titled 'Denial of the soul', which combines medical and spiritual perspectives on euthanasia and mortality, made possible by the application of his knowledge medicine, psychology and theology.

Morgan Scott Peck, along with his wife Lily Ho, and nine others, founded the foundation for community encouragement, FCE, in 1984. The FCE was a nonprofit, educational foundation targeted towards teaching and promoting community principles to the public. He was recognized in 1992 by the American body of psychiatrists, APA, as a distinguished psychiatrist lecturer due to his accomplishments in the field of psychiatry.

Peck and Lily Ho got married in 1959 and had three children, two daughters and a son, Christopher Peck. The got separated in 2003, and soon after, their marriage was annulled. In the course of his life, he was admittedly estranged to two of his children and unfaithful to his wife which eventually led her to divorce him. After the divorce, Peck Scott married a second wife, Kathleen Kline Yates.

Morgan Scott Peck was notably a peace ambassador during his lifetime and received several peace awards. Dr. Peck and Lily Ho, together received the Community of Christ international peace award, while they were still married in 1994. Before that, He was awarded the kaleidoscope prize for peacemaking in 1984. And in 1986, Georgetown University awarded him the Learning, Faith and Freedom medal. It was said that he became impotent in his later years.

Morgan Scott Peck died in his Connecticut home, Bliss Road, Warren on September 25, 2005. He had had Parkinson's disease, as well as liver and pancreatic duct cancer. He was aged 69. He is survived by Kathleen Kline, his second wife, and his three children from Lily Ho.