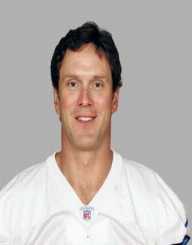 After high school, Bledsoe went to study and play football at Washington State University. He quickly became the face of the Cougars offense and led his team to a 9-3 record in 1992. He established the records of Washington State University for single-game passing yards, with 476 yards, single-season pass completions, with 241 and single-season passing yards with 3.946.

In 1993, Bledsoe was drafted first overall by the New England Patriots. He began playing in his rookie season and improved the teams score from two to five wins. In in the 1994 season, Patriots earned their first post-season appearance in eight years. Bledsoe was playing in all 16 games that season, and set the NFL record in pass attempts, becoming the second NFL quarterback to complete 400 or more passes in a season. He was elected to his first Pro Bowl as an alternate.

Bledsoe had a difficult 1995 season, but his luck turned in 1996. He ranked as a top passer in the league and his team reached the playoffs, winning the AFC championship. The team went on to play in Super Bowl XXXI but lost to Green Bay Packers. In 1997, Patriots lost in the second round to the Pittsburgh Steelers, but Bledsoe earned his third Pro Bowl invitation. He started the 1999 season with 13 touchdowns and his team reached a 6-2 mid-season record. They finished the season with 8-8 record, and the following year slipped to 5-11 record.

In 2001, Bledsoe was signed for a ten year, $103 million contracts. However, at the beginning of the season, he was hit by New York Jets linebacker Mo Lewis, which sheared a blood vessel in his chest. The injury almost resulted in his death. Bledsoe was replaced with Tom Brady.

After recovering from his injury, Bledsoe was traded to Buffalo Bills. With the team, he had one of the best seasons in his career, passing for 4.359 yards and 24 touchdowns. He was also elected to Pro Bowl. He continued his success in the 2003 season. In the 2004 season, the Bills were just one game short to make the playoffs. After this season, Bledsoe was released from his contract and signed with Dallas Cowboys.

Bledsoe was signed to Cowboys for three years, $23 million contracts. During his time with the team, he threw more than 3,000 yards in a season. The team failed to reach the 2005 playoffs but improved their record from 6-10 to 9-7. During the 2006 season, his playing style became increasingly erratic, and a backup replaced Bledsoe played Tony Romo six times. Bledsoe announced his retirement in 2007. After his retirement, Bledsoe was introduced into Patriots Hall of Fame. In 2012, he was named the 30th greatest quarterback of the NFL’s post-merger era.

Bledsoe’s parents were both teachers in Ellensburg, Washington. The family moved several times before he was in the sixth grade. The family finally settled in Walla Walla, where his father was a high school football coach.

Bledsoe and his wife Maura have four children- sons Stuart, John, Henry, and daughter Healy. After retiring from professional football, Bledsoe founded the Doubleback Winery. The business was successful and is currently placed as 53rd overall in Wine Spectator’s Top 100 wines. He works as the offensive coordinator/quarterbacks coach at Summit High School, where he also coaches his sons.