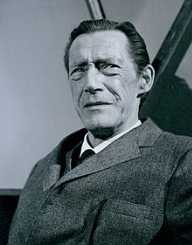 Richmond Reed Carradine or the other name by which he was famous, John Carradine was one of the most renowned American actors of his time for his role in horror movies. He was not only renowned for his work in the movies but was equally appreciated for his various works in plays.

John Carradine grew up in Peekskill and Kingston around New York City. He lost his father very soon when he was just a two years old kid, and his mother married another man. He was a Philadelphia paper manufacturer by the name of Peck, and he was not at all kind towards John.

He used to beat John a lot, i.e., even on general principles. John attended the Christ Church School located in Kingston and later went to the Episcopal Academy in Merion Station, Pennsylvania. It was this place where his memory got polished and diction skills.

John Carradine had a very interesting childhood where he almost saw every facet of life. At times, he even made paintings and earned pretty well for the same whereas on the other hand he was once arrested as well for vagrancy and was sent to jail.

He was beaten up badly which left him with a broken nose which was not fixed properly leaving him for the famous look that he had.

John’s passion for movies grew after he saw a production on Shakespeare’s Merchant of Venice when he was just 11 years old. It was this movie that made his goal in life clear to him.

John Carradine had a fascinating career. He began his career by doing a lot of small errands by the name of John Peter Richmond for various productions but did not last long. He shifted from a set designer to do voice-overs.

It was this time when the legendary Cecil B. DeMille recognized his Baritone voice and made him a member of his stock company. John voiced in several of his pictures including some famous works like ‘The sign of the Cross.’

Though he played roles in various productions, it was until 1930 were when he made his debut in Tol’able David. After the release of his movie, his career went to a new hike, and in 1935 he was signed by Fox Studios.

Throughout his career as an actor, he had done both vast and varied roles by appearing in more than ten films which were directed by one of the best directors of his generation, John Ford. It included the best work of John Carradine’s Acting career, i.e., his movie “The Prisoner of Shark Island” which was released in the year 1936. Throughout his career, he was most famous for the character roles he performed in the movies.

Beyond the horizons of the screen, John even performed various roles in numerous plays related to classic drama, and he even opened his own company which performed various Shakespeare’s role including Hamlet and Macbeth.

Reports claimed that he had appeared in around 450 movies which included the theatrical movies and ones made for TV movies as well. John often played eccentric, insane and negative characters especially in the genre of horror movies.

John Carradine was a ‘Star’ by the mid-1940’s but he started playing numerous roles in some cheap horror flicks, and when considering this fact, this count was way more than his count of roles in other genres.

John Carradine was married four times, and he also had five children namely Chris, David, Keith, Robert, and Bruce from all the marriages.

WhenJohn Carradine retired from his acting career he suffered from a painful and crippling rheumatoid arthritis. He died earlier than expected because of multiple organ failure at the Fatebenefratelli Hospital in Milan, Italy on 27th November 1988.