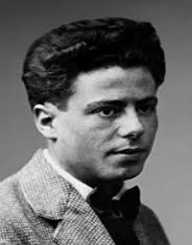 Jean Vigo was born on April 26, 1905, in Paris in France. He was born to Emily Clero and Miguel Almereyda. His father was a Spanish militant anarchist. Jean spent most of his life as a young child on the run with his parents.

In 1917, his father was imprisoned and then murdered later on. He attended boarding school and enrolled using the name Jean Sales to hide his identity. In 1931, he married, and his wife bore him as the daughter, Luce Vigo who became a film critic.

His films were not financially successful until later on after his death. All the films were acclaimed for their uniqueness and attraction. Jean and his wife suffered from health issues that forced him to sell his camera.

In 2011, Jean Vigo was posthumously awarded the Parajanov- Vartanov Institute Award for his film ‘Zero Conduct’. The Award was presented to his daughter Luce Vigo. In 1951, the Prix Jean Vigo annual award was introduced to award outstanding French film directors. In 1998, the film ‘Vigo: Passion for Life’ was about Jean. The film starred actor James Frain.

Jean Vigo died on October 5, 1934, at the age of twenty-nine of tuberculosis. He died in Paris, France.