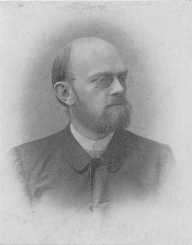 David Hilbert was a mathematician who created a new field: metamathematics. He had formulated the theory of Hilbert Spaces, which later became a foundation for functional analysis.

David Hilbert was born on 23rd of January 1862, in Province of Prussia then. He said that he was born in Königsberg, but his parents were living in its neighbor Wehlau, where his father Otto worked as a city judge. David Hilbert had a younger sister Elsie, six years younger. His mother Maria Therese Erdtmann homeschooled him until he attended school at eight. Eight- year- old David Hilbert was enrolled junior section of Collegium Fridericianumin, before entering the gymnasium of the Royal Friedrichskolleg in 1872. He transferred to Wilhelm Gymnasium for his final year in 1879, where he was encouraged to think and do mathematics and science. After graduating from school, David went to The Albertina of the University of Königsberg in 1880.

In Albertina, David Hilbert worked under mentor Ferdinand von Lindemann and met Adolf Hurwitz and Hermann Minkowski in 1884, and it was the start of development in mathematics. David presented his thesis: Über invariant Eigenschaften specially binärer Formen, insbesondere der Kugelfunctionen (translation: ‘On the invariant properties of particular binary forms, in particular, the spherical harmonic functions). David obtained his doctoral degree and passed the Staatsexamen in quality as a teacher.

David Hilbert became a lecturer at the University of  Königsberg after he passed his Ph. D, he also traveled to Paris on invitation from Felix Klein. In Paris, he met with French mathematicians such as Henri Poincaré, Charles Hermite, and others. David Hilbert returned to Germany, visiting Göttingen and Berlin before returning home to Königsberg to teach. He was promoted to Extraordinary Professor in 1892 and became a full professor in the following year. He proved the Basis Theorem in 1888 by showing the theorem in a different but abstract way.

Two years later he listed twenty- three problems that remained unsolved at the International Congress of Mathematicians in Paris. In 1897, David Hilbert wrote treatise Zahlberich, unifying algebraic number theory.  In 1902 he was co-editor of Mathematische Annalen, with Felix Klein and Otto Blumenthal. After being a pure mathematician for years, David Hilbert delved into physics around 1912. He had a physics tutor and corresponded with Albert Einstein about fundamentals of the theory of gravity and field equations. David Hilbert developed integral equations, trying to make physics more natural and more elegant for mathematicians.

When Richard Courant wrote Methoden der mathematischen Physik (Methods of Mathematical Physics), he credited David as he used some of the ideas, despite David did not contribute to the writing. David Hilbert developed pernicious anemia in 1925; he was sixty- three years old then. Five years later he retired from the University of Göttingen. In 1933, the Nazis forced out Jewish or those who were married to Jewish people, resulting in ending of the Institute.

In 1910, David Hilbert won the Bolyai Prize and was made a fellow of the Royal Society of London in 1928. He won the first Mittag-Leffler prize of the Swedish Academy in 1939, sharing it with French mathematician Émile Picard.

David Hilbert married Käthe Jerosch in 1892; they had one son together. Unfortunately, Franz Hilbert was born in 1893 was born with an undiagnosed mental illness, and was a disappointment to the father. David Hilbert broke his arm while walking in 1942; it was the precursor of his spiral downwards.  He passed away 14 February 1943, but the news only made public six months after he had died.

David Hilbert famous quote: Wir müssen wissen. Wir Werden wissen. (We Must Know, We Will Know) Was written on his epitaph in Göttingen. It was spoken during his retirement speech to the Society of German Scientist and Physicians in 1930