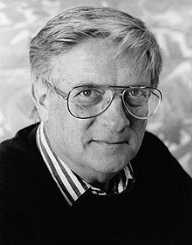 Kenneth Noland was born on April 10, 1924, in Asheville, North Caroline. He was one of five children to his parents Harry Caswell Noland, who was a pathologist, and his wife, Bessie. In 1942, after completing high school, he enlisted in the U.S. Air Force.

After his time in the Air Force, Noland used the G.I. Bill to study art at the Black Mountain College in North Carolina. Two of his brothers also studies there. His professor Ilya Bolotowsky introduced him to neoplasticism. Under the tutelage of Josef Albers, Noland also studied Bauhaus theory and color.

After completing his studies, Noland went to Paris. In 1948 he began working with OssipZadkine. The same year, his first exhibition took place in Paris. During the early 1950s, he was teaching night classes at the Washington Workshop Center for the Arts. There he met Morris Louis and became friends. He was introduced to Helen Frankenthaler, and her paintings inspired him to adopt the soak-stain technique.

Noland’s paintings can be categorized into four groups. Noland paints circles, chevrons, stripes and shaped canvases. His main subject was the relationship of the image to the edge of the picture. He painted a series of bullseyes, like his painting “Beginning.” He also used a lot of unlikely color combinations.

In 1964, Noland’s work was included in exhibition Post-Painterly Abstraction by Clement Greenberg. The exhibition traveled the country and helped to establish the Color Field painting as a new movement. Noland became the pioneer of the shaped canvas, with a series of symmetrical and asymmetrical diamonds and chevrons. During the 1970s and 1980s, his shaped canvases became highly irregular and resulted in highly sophisticated structures of color and surface integrity. His style was to stain the canvas with color, and he aimed to remove brushstrokes.

Kenneth Noland was married four times. His first marriage was to Cornelia Langer in 1950. They had three children together. In 1964, he began living together with Stephanie Gordon and married her in 1967. The couple divorced in 1970. The same year, Noland married art historian Peggy L. Schiffer, with whom he had a son. His last marriage was to the editor in chief of Architectural Digest, Paige Rense in 1994. Noland died on January 5, 2010, after suffering complications related to kidney cancer.