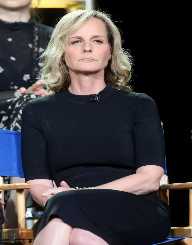 Helen Hunt is an actress, she later screen writes and directs films.

Helen Elizabeth Hunt was born on 15 June 1963, in Culver City, California. Her mother Jane is a photographer, and her father Gordon works as an acting coach and theater director.

Helen Elizabeth has a sister Colleen. She attended Providence High School in Burbank, California and got acting lessons from her father since young.

Helen Elizabeth also studied ballet and jazz at eight years old. She spent a month in UCLA before quitting college.

Helen Elizabeth was a child actor, her first role when she was nine years old was a television movie Pioneer Woman during 1973.

Then she appeared for three episodes in Amy Prentiss and The Mary Tyler Moore Show. Helen worked in television roles until 1977, when she was cast in Roller Coaster. The movie was largely forgotten, but she was not.

Helen Elizabeth continued to gain roles in television after the movie.

Helen Elizabeth rise to fame was a television movie Quarterback Princess in 1983, where she was a girl in a school’s football team as a quarterback. In 1985, Helen starred alongside Sarah Jessica Parker, and Shannen Doherty in Girls Just Want to Have Fun.

After successful films, she gained a starring role in television series Mad About You; the show aired for seven years since 1992.

In the same year, Helen Elizabeth was cast in movie Waterdance, which gained her a place in 1996’s Twister.

The movie was top- grossing and propelled her to certain stardom, where she was cast in As Good As It Gets after Holly Hunter rejected it. Helen Elizabeth did voice acting in an episode of the Simpsons in 1998.

Helen Elizabeth also appears on Broadway, playing Viola in Shakespeare's Twelfth Night, at Lincoln Center in New York and Yasmina Reza's Life x 3 in 2003. Helen continues to act but has since added screenwriting and directing to her resume.

Helen Elizabeth directed five episodes in the Mad About You series and debuted a movie Then She Found Me in 2007.

Her next movie was Ride in 2014, where she had written, directed and starred in the movie.Helen Elizabeth continues to direct television series and movies

To date Helen Elizabeth, she has around ninety- six titles to her name. Her latest television role is in Shots Fired, and she will appear in comedy movie Candy Jar. Helen has directed nine separate titles.

Helen Elizabeth role in Mad About You received seven nominations since its inception in the Emmy Awards, where she won four times as best lead actress in a comedy. The series also won American Comedy Awards and a Golden Globe.

Helen Elizabeth won many accolades, mainly an Oscar and a Golden Globe in 1998 for As Good As It Gets.

Helen Elizabeth briefly dated Matthew Broderick, her Project X costar. She started dating Hank Azaria in 1994; they were married in 1999 for seventeen months.

The couple divorced in 2000. She then dated Matthew Carnahan, and share a daughter Makena Lei in 2004.